The Unspoilt Jewel of the Bahamas

We left George Town with two buddy boats: Steve on s/v Slow Flight and Bob & Judy & Leo (their poodle) on s/v Adastra. Our plan was to make it to Mayaguana Island but Adastra ripped their mainsail so we stopped in Rum Cay to fix the sail and regroup.

On the sail from George Town to Rum Cay, all three sailboats caught fish! Steve got a tuna, Bob a Mahi, and Stéphane… 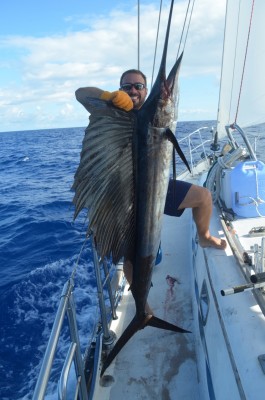 Woah!!! Sailfish!! We weren’t sure about the meat and we had already killed the fish, so Stéphane filleted it and then gave the meat to two different restaurants on Rum Cay. 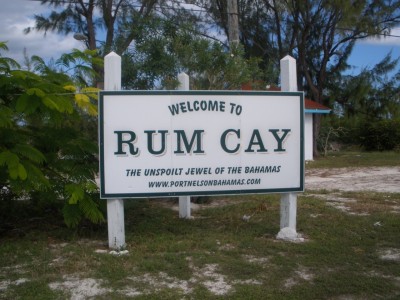 Not a bad place to hang out for a couple of days, fix a sail and hunt! 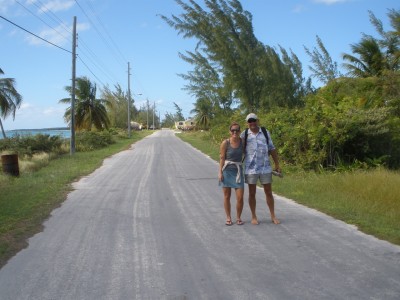 Exploring the “town” with Steve. There’s not much on Rum Cay – the population is about 80 people. There are three bars / restaurants, one grocery store, and a church. 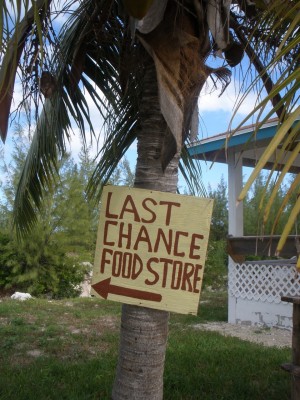 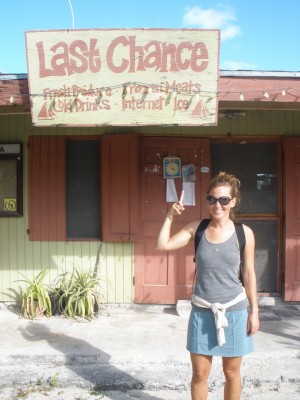 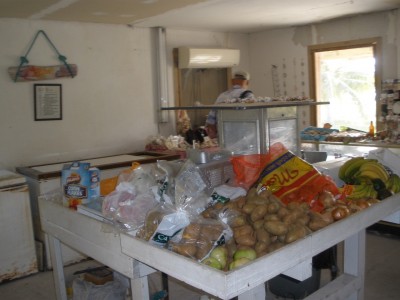 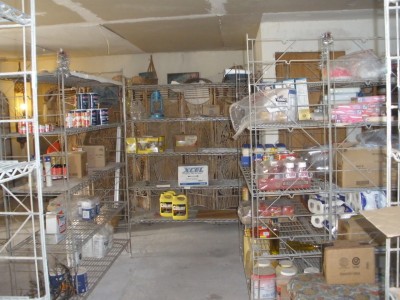 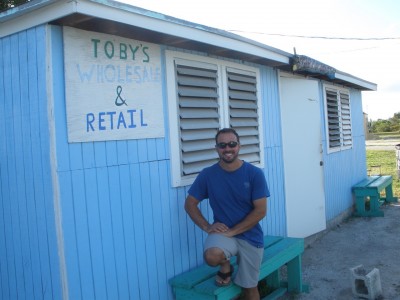 There’s really only bars on this island. So, our island tour turned into a walking bar hop. Here’s “Toby’s Wholesale & Retail”. It’s really a bar but if you want, you can buy a bottle of booze (thus the ‘retail’). 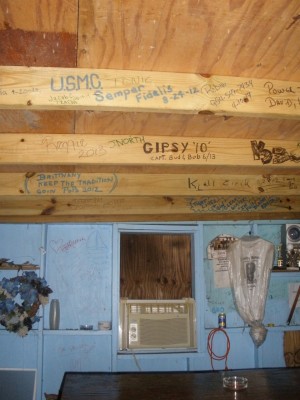 Toby’s was closed when we arrived but the owner lives in a house across the street so she was open for business in just a few short minutes. The first thing she did was hand us a package of Crayola markers and told us to get to work. 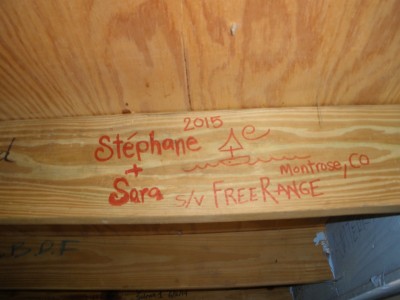 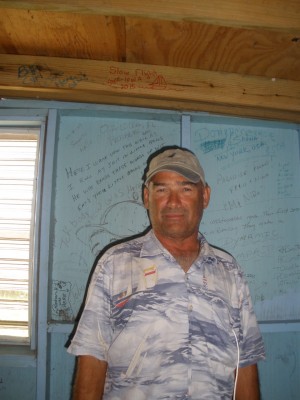 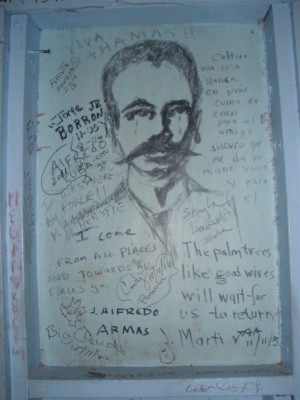 Some people are more talented than others… 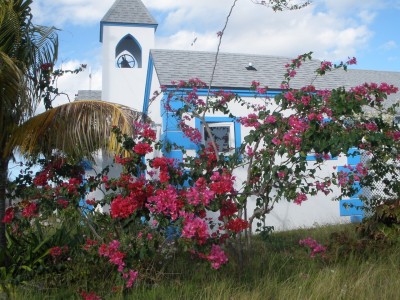 Some more touring around the island – the church. 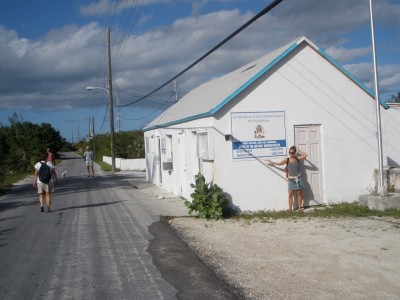 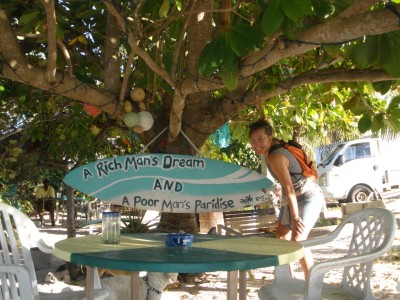 Kaye’s: A Rich Man’s Dream and a Poor Man’s Paradise. 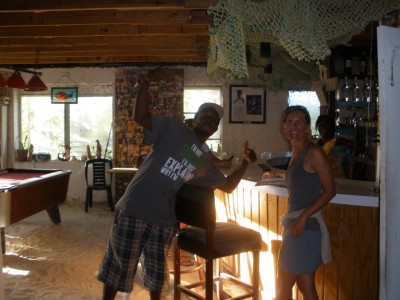 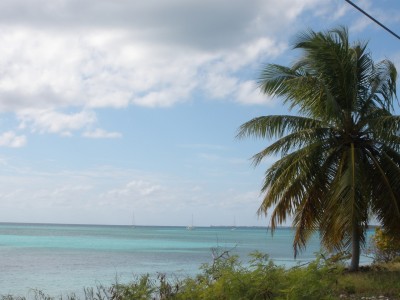 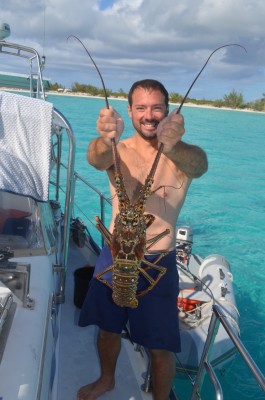 Next day, we decided to do some hunting. I *almost* got a triggerfish but Stéphane was able to bring home the bacon! A giant lobster and a giant grouper! 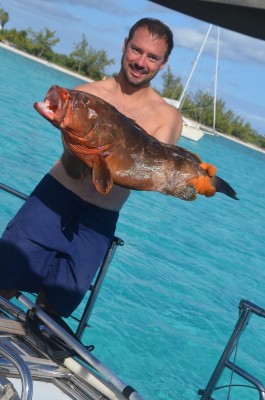 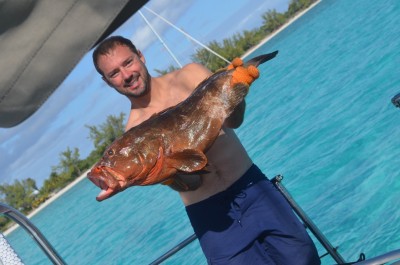 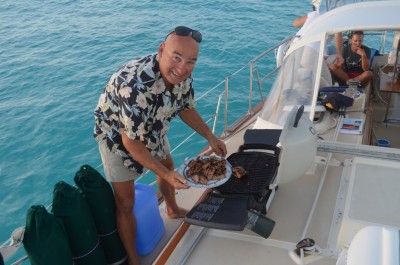 Steve caught a tuna on the way over to Rum Cay from George Town so we enjoyed a super tasty tuna dinner on Slow Flight. We’ll be cooking up some lobster and grouper for the gang when we get to Mayaguana. 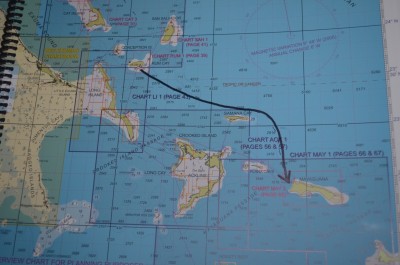 Next stop: Mayaguana Island. About 132 nautical miles; should take 24-ish hours. The wind looks good for us to make progress east and then south.