Having rained the night before, we awake to the first clear sky since leaving Montrose. Poking our heads outside The Great White Buffalo, we see that we are surrounded by forested mountains and that the lake, seen through hazy, gray smoke the evening before, is clear and blue.

The smoke from the many forest fires plaguing the area has lifted for now!

We decide today is the day to see Glacier National Park. 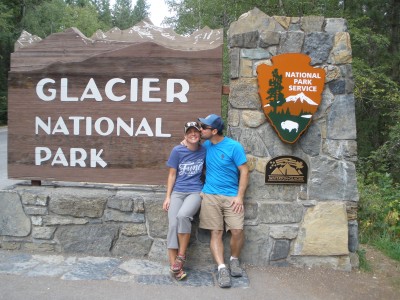 A big shout out to Pastor Ross and his wife, Jan. A couple weeks ago they took a trip to GNP and posted some breathtaking photos and videos – they inspired us to take this road trip and to see this amazing place. 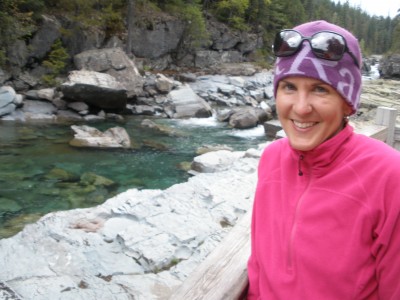 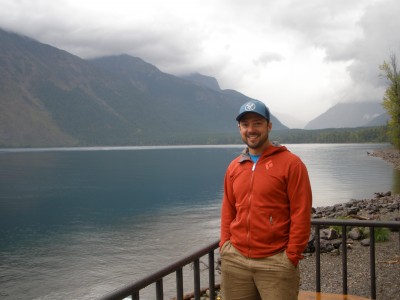 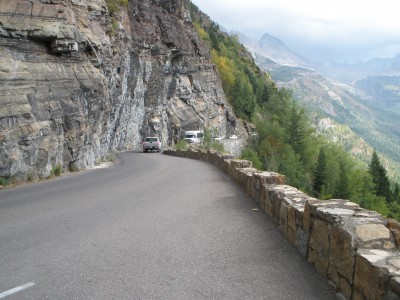 Driving the “Going-To-The-Sun” road. Work on the road was started in 1929 and finished in, I think, 1932. This takes us up to Logan Pass and up and over the Continental Divide. The silhouettes of the mountains are ever-changing as we wind our way slowly up, up, up. 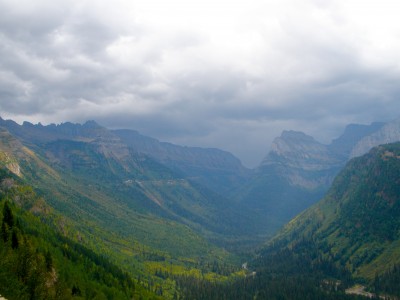 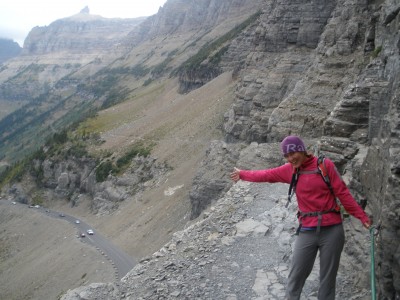 The Highline Trail at Logan Pass. We climbed up to a rocky outcrop and ate our sandwiches, watching the world go by. 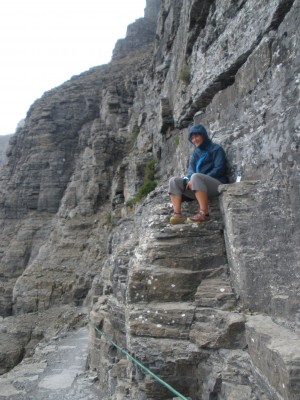 A great little perch for lunch. 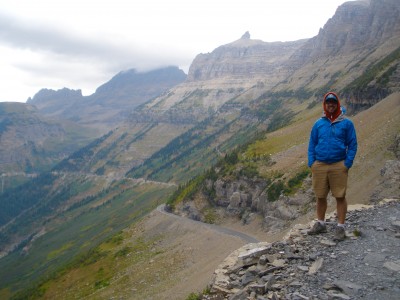 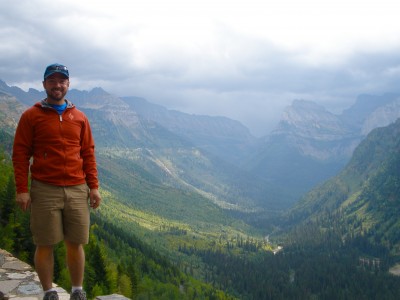 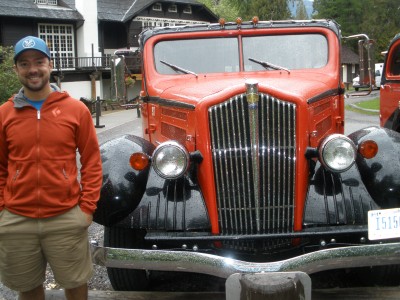 These red tour buses, manufactured by the White Motor Company of Cleveland, are from the 1930s and can be seen shuttling people through GNP. 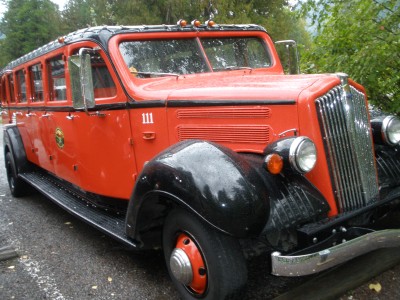 Nicknamed “The Rubies of the Rockies”, these buses are painted red to represent the red mountain ash berry which can be found in Glacier National Park. They also run on gasoline and propane. Ford Motor Company donated $6 million dollars to restore 33 of these buses and keep them running – yeah Ford! 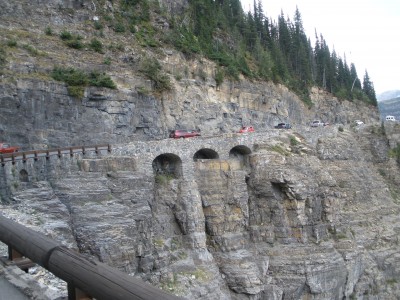 A view of the The Going-To-The-Sun Road. The road officially received its name during the 1933 dedication at Logan Pass. The road borrowed its name from nearby Going-to-the-Sun Mountain. Local legend, and a 1933 press release issued by the Department of the Interior, told the story of the deity, Sour Spirit, who came down from the sun to teach Blackfeet braves the rudiments of the hunt. On his way back to the sun, Sour Spirit had his image reproduced on the top of the mountain for inspiration to the Blackfeet. An alternate story suggests a white explorer in the 1880s concocted the name and the legend. 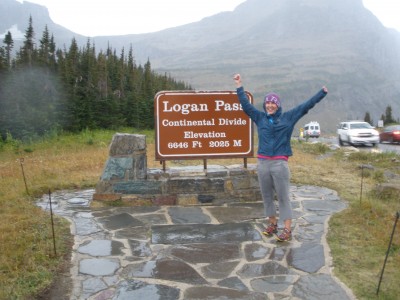 At Logan Pass and the Continental Divide (Going-to-the-sun Mountain is behind me, to the left). 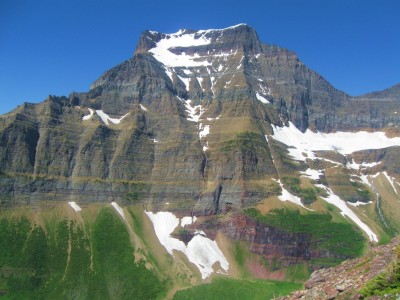 A better shot (from someone else on a much prettier day!) of Going-to-the-sun Mountain. 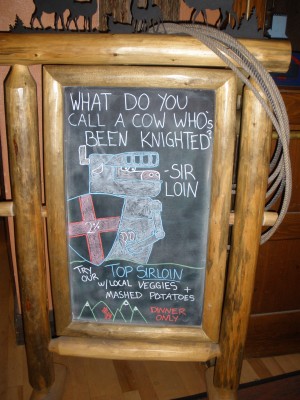 At the Lake McDonald Lodge…we did not partake of Sir Loin but we do have some awesome elk meat waiting back at The Buffalo…mmmmm.