We were only there two nights because we do not gravitate towards RV parks and/or such places where groups of campers gather together in confined spaces. That being said, if you’re going to spend some time in a more public venue, Ich-Kep-Pe park is one I would recommend. 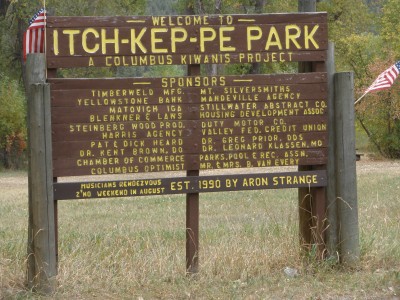 We discovered this park on freecampsites.net, a website created for and maintained by those free-spirited people of the country who are bound and determined to see America while not breaking the bank. Here you can find places to camp as well as helpful reviews by other campers- describing the amenities or lack thereof, the ease of access, acceptable RV size, vibe of the area, etc. 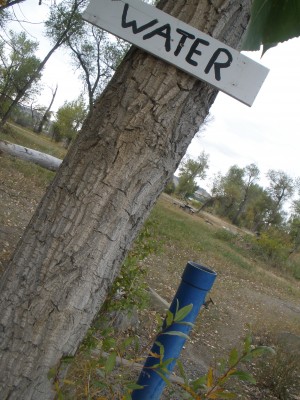 Right along the banks of the Yellowstone River, Itch-Kep-Pe park offers AMENITIES (a word not typically associated with places where The Buffalo wanders): trash disposal! Water! Firewood!

As its my shift to drive The Buffalo, Stephane sits shotgun and reads the park reviews aloud. Everything sounds perfect except for one common theme, which may be a deal breaker: in every single review, the roads are described as rutted out and super rough. Now, we’ve taken The Buffalo down some pretty sketchy roads but if more than one person is commenting on the decayed quality of the roads, then we may need to start looking for another spot for the night. But before we go down that road (no pun intended), we’ll give Ich-Kep-Pe a shot. Because we’ll always give it at least one shot, maybe two if its worthy.

It’s night when we pull into the entrance to Ich-Kep-Pe; not sunset or civil twilight, it’s dark, black night. Which makes it a little harder to read the road but Stephane turns right on in. We scan the gravel road anxiously for the inevitable super washboard that will shake sawdust from The Buffalo or the giant pit that will bust an axle. Except…we don’t see (or feel) anything except an ordinary, nicely maintained, gravel road. We laugh out loud – what were our fellow RV-ers thinking? Not only is the road absolutely fine, all of the camp spots are super easy to access. 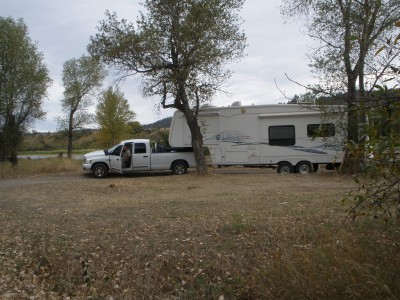 The park was set up for the RV-er with minimal maneuverability skills (I count myself in this group). Even I could have driven The Buffalo around the park and into/out of any one of the nicely-maintained sites. Wow! 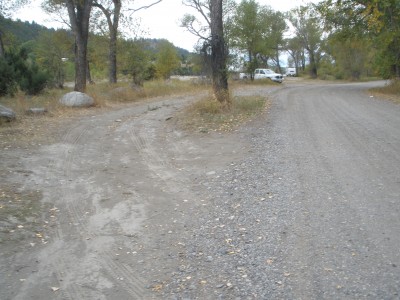 This is what is known as a “pull through” (because you can pull through it – drive in straight on, drive out straight on: no backing up involved! Easy Button Camping!

If we’re talking in Free Range terms, staying @ I-K-P park is like DOCKING at the ritzy Puerto Bahia marina in the Dominican Republic after being anchored out at various hard-to-get-to, untenable anchorages. Its important to experience both sides so that you can truly appreciate each for its virtues.

At I-K-P, you give up a little privacy, the feeling of being out in nature on your own, and the feeling of complete freedom and self-reliance. But, you don’t have to live with your smelly trash, you can stand under the hot water of your shower an extra minute or so, and if you don’t like your spot, feel free to move – there’s 48 others you can easily drive into. 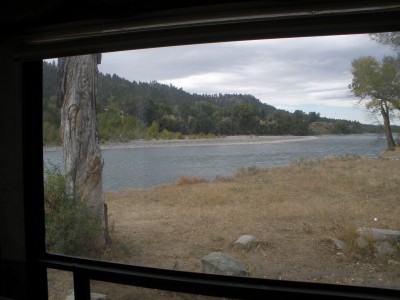 Our spot at I-K-P park, right on the river. 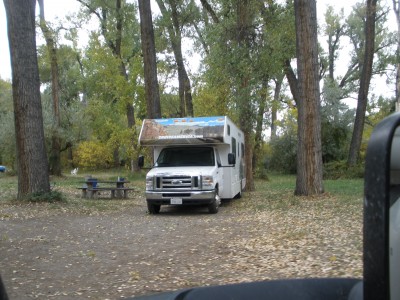 At parks like this, you see all kinds of campers – these guys are in their “RV America” – you pay a little extra to see America through the windshield of a rented RV, but when you’re done, you walk away – no strings, and all. 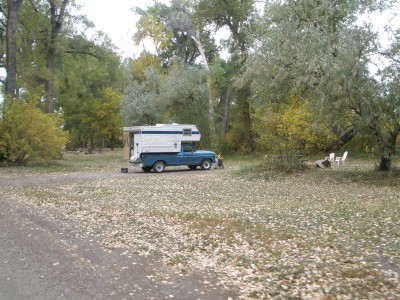 This guy’s got a sit-atop – it’s a camper shell that sits in the bed of the truck. These setups are great because you can get into harder-to-get-to more out-of-the-way places. Down side: a little small if it’s your primary residence. Not sure if this guy’s prepping for a Civil War re-enactment but he keeps a tidy camp – props! 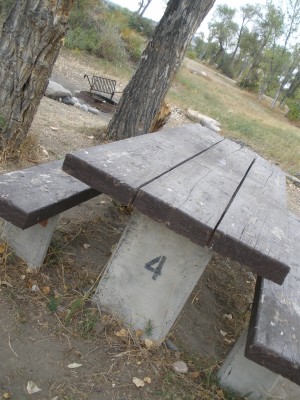 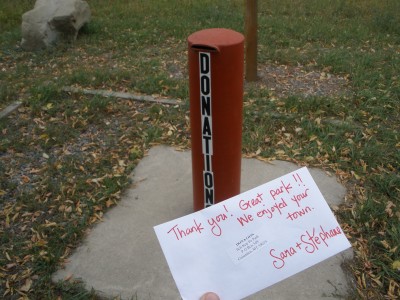 Thank you town of Columbus, Montana, for such a clean, quiet, easy place to be for a few nights!!