The Elephant In The Room

After *almost* either selling The Buffalo or getting scammed and losing The Buffalo (we really weren’t sure if the guy was trying to scam us or really was a scammer), we winterize her, pack up The Tig and the trailer, say goodbye to our friends, and hit the road. We’ll hopefully sell the truck and Buffalo this spring, once the weather is nicer and people are actually looking for RVs again. 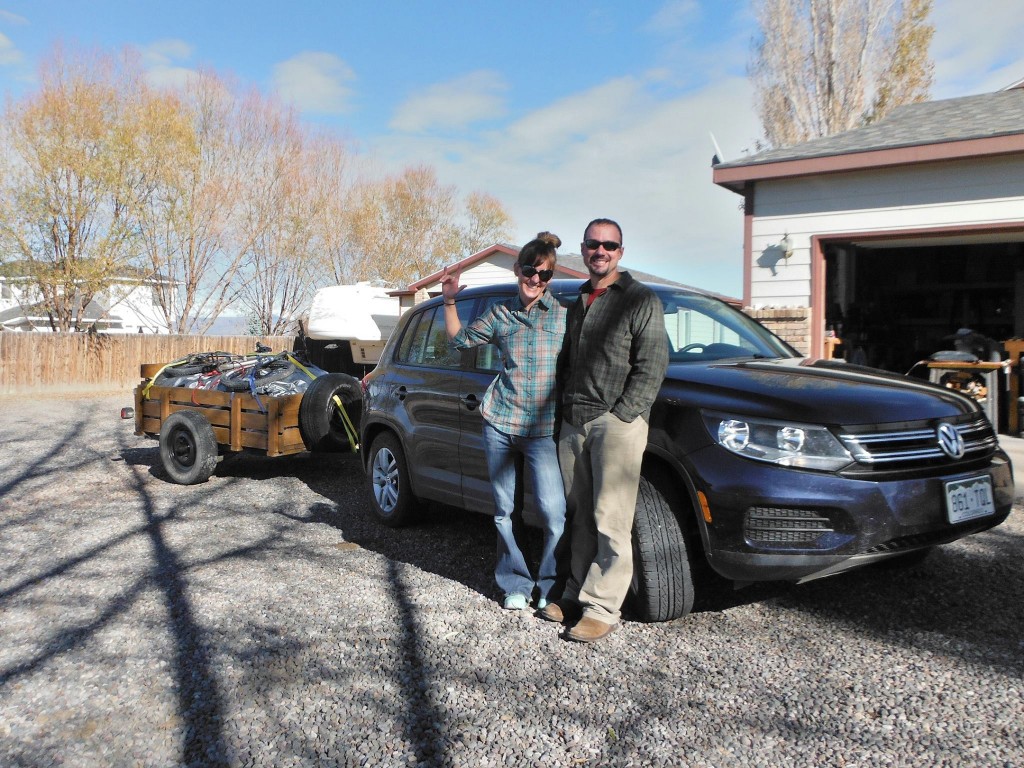 Only seven months out from our sailing adventure and we now own more things than can fit in a car (sigh). Although, we do have the entire back set aside for Myra, too (she was very anxious as we were packing, thinking we were going to leave her in Colorado again).

After spending an uneventful first day on the road, day two brings a little more interest. Apparently we should have checked the weather before leaving Colorado… 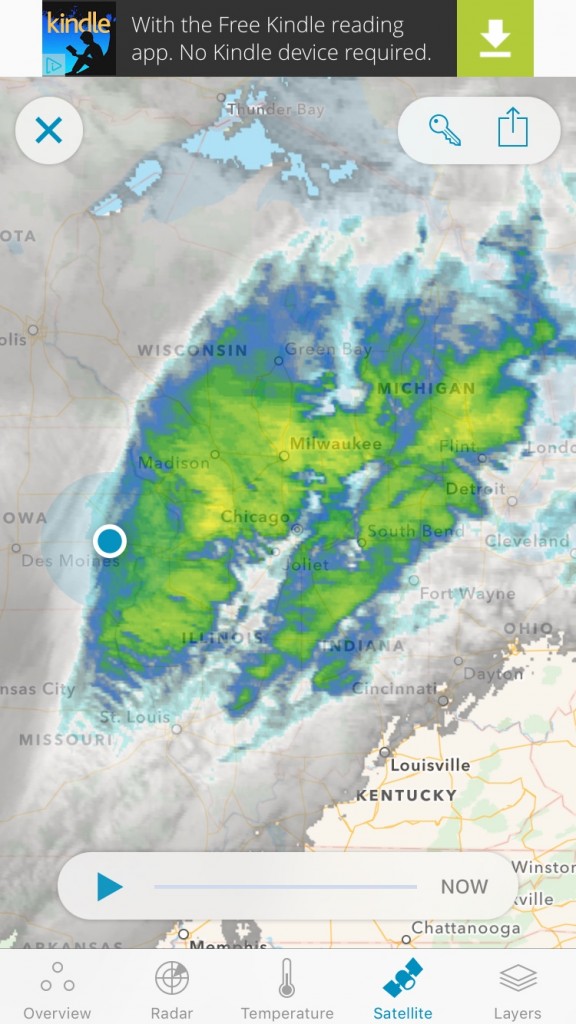 First Storm of The Century for the midwest winter 2015 season. The blue dot? That’s us about to enter the storm and some major carnage. 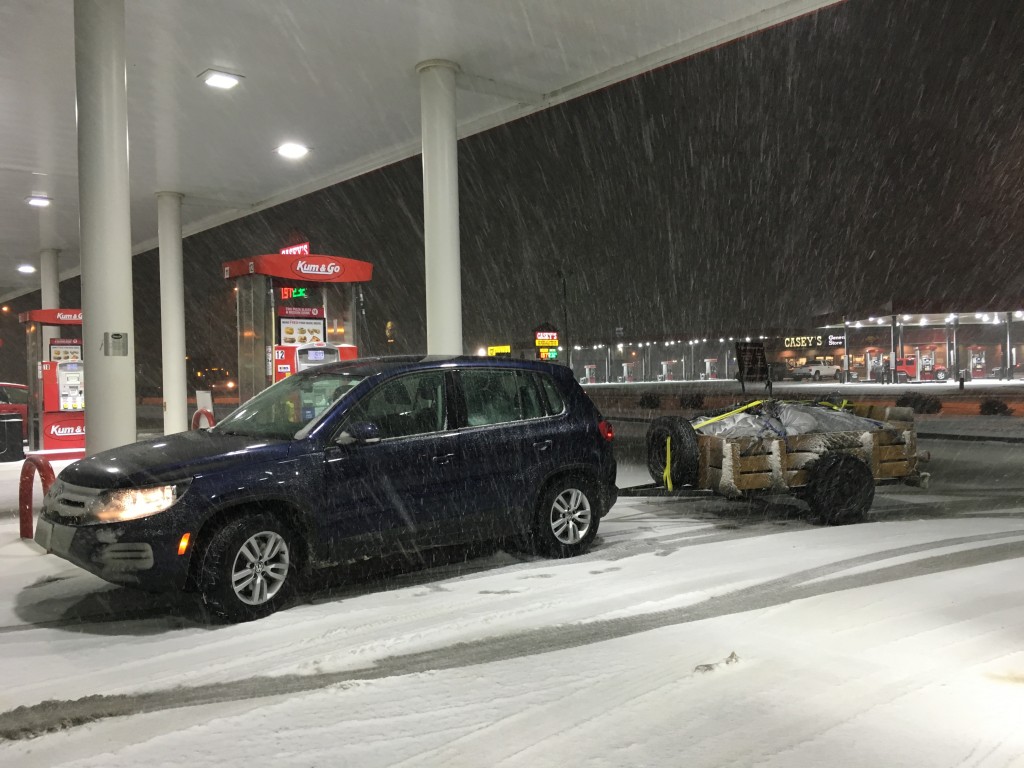 The snow begins to stick… 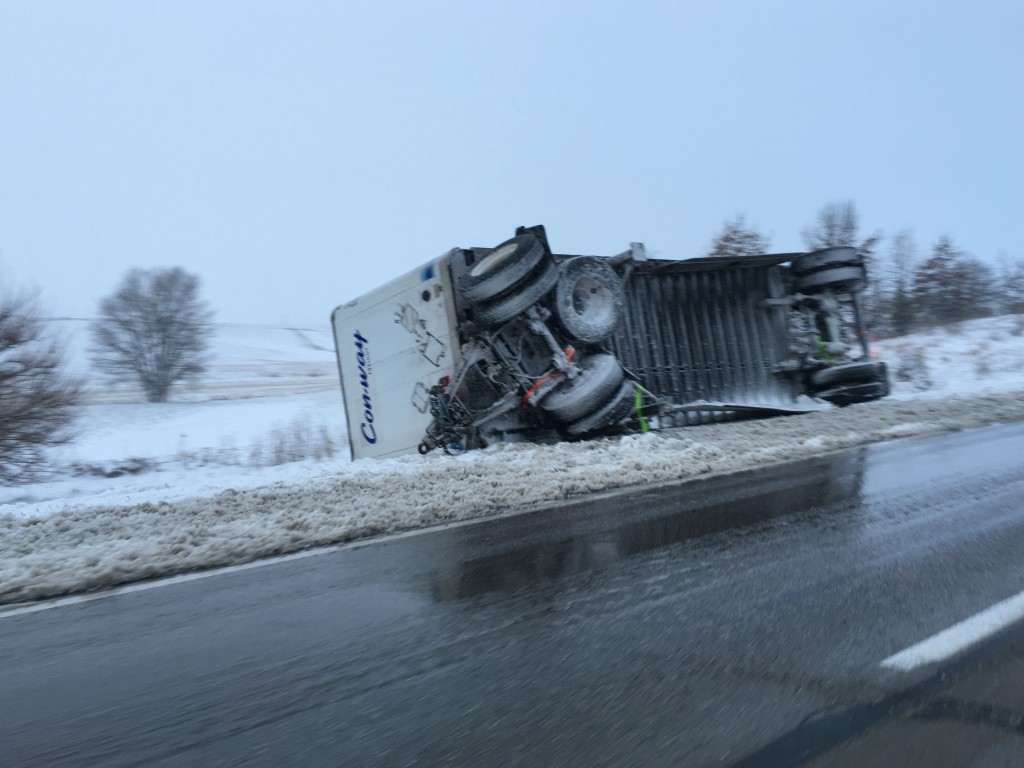 And let the carnage begin. 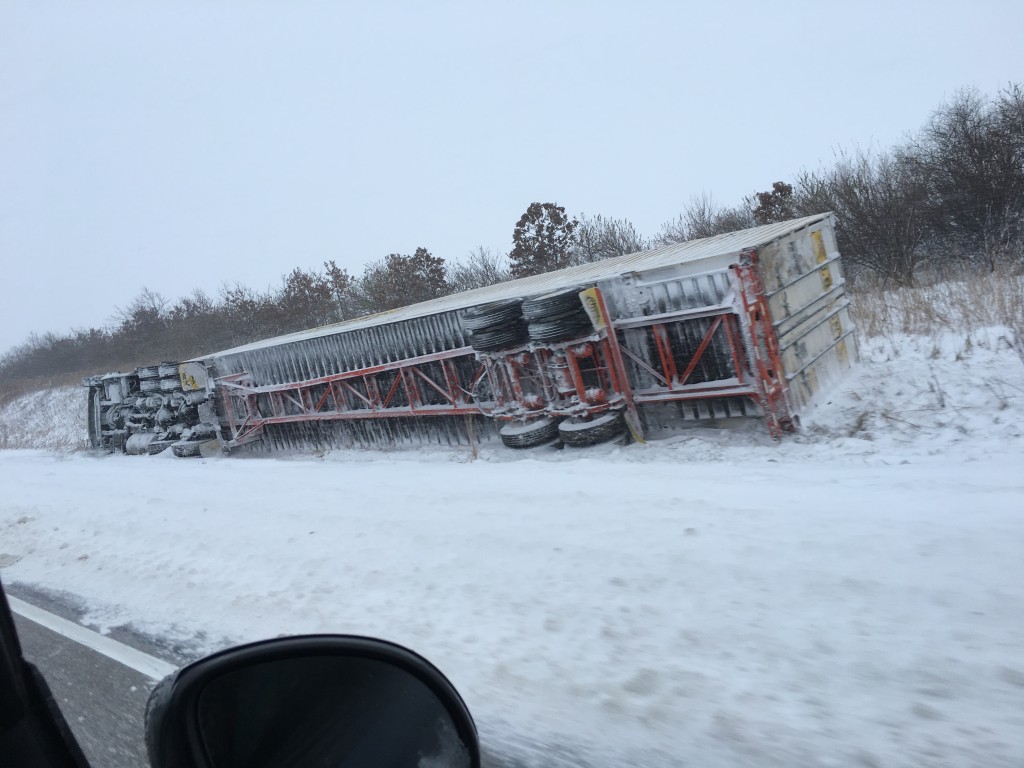 Cars and giant semis speed past us – our average speed about 40mph from Iowa all the way home to Detroit – only to end up taking a dive into the snow. 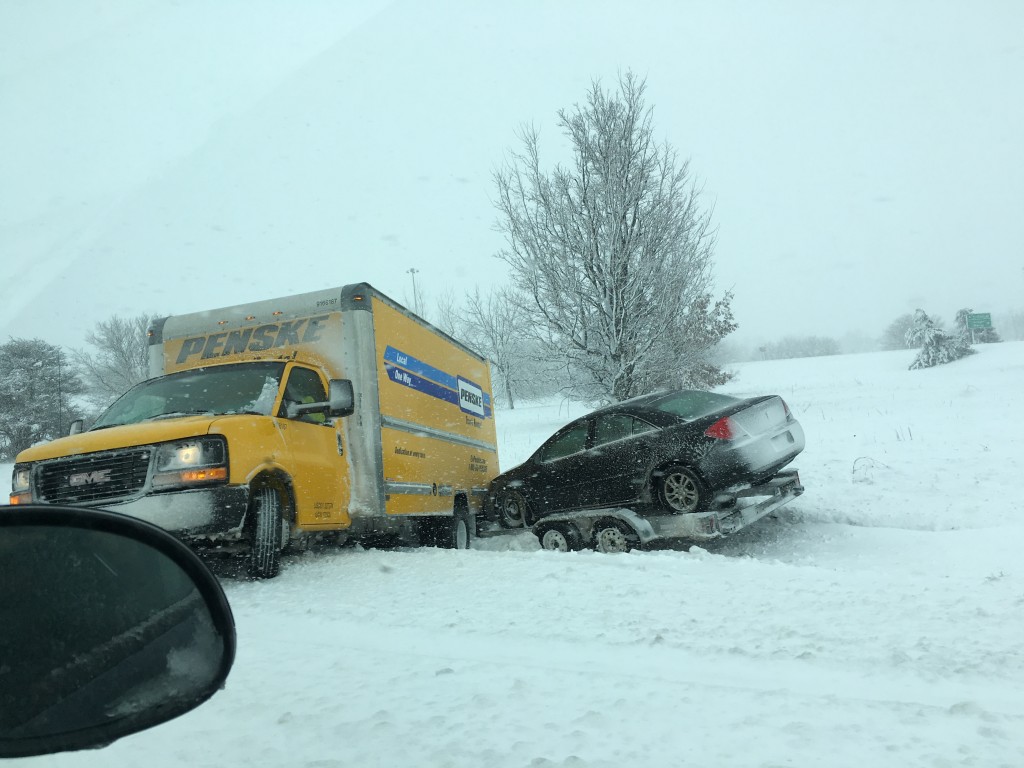 We call it the “selfie jack-knife”. Ouch. 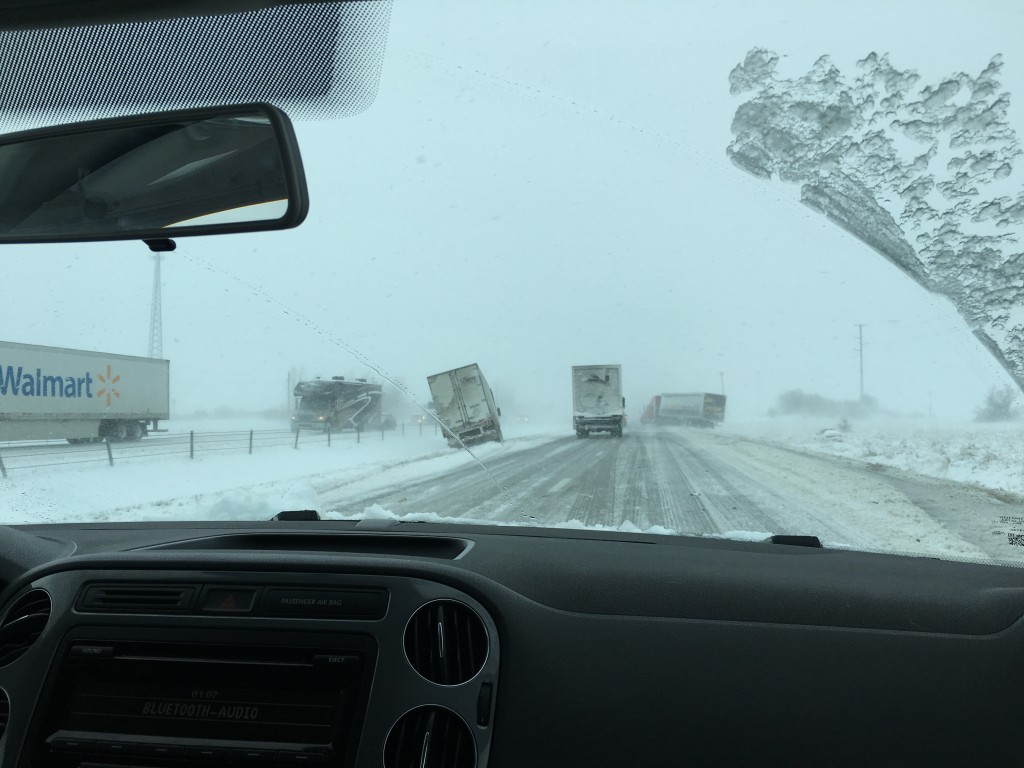 As the carnage began, we started counting the cars and semis off the road. And when we pulled onto good ‘ole Lange street, the final count was 170. 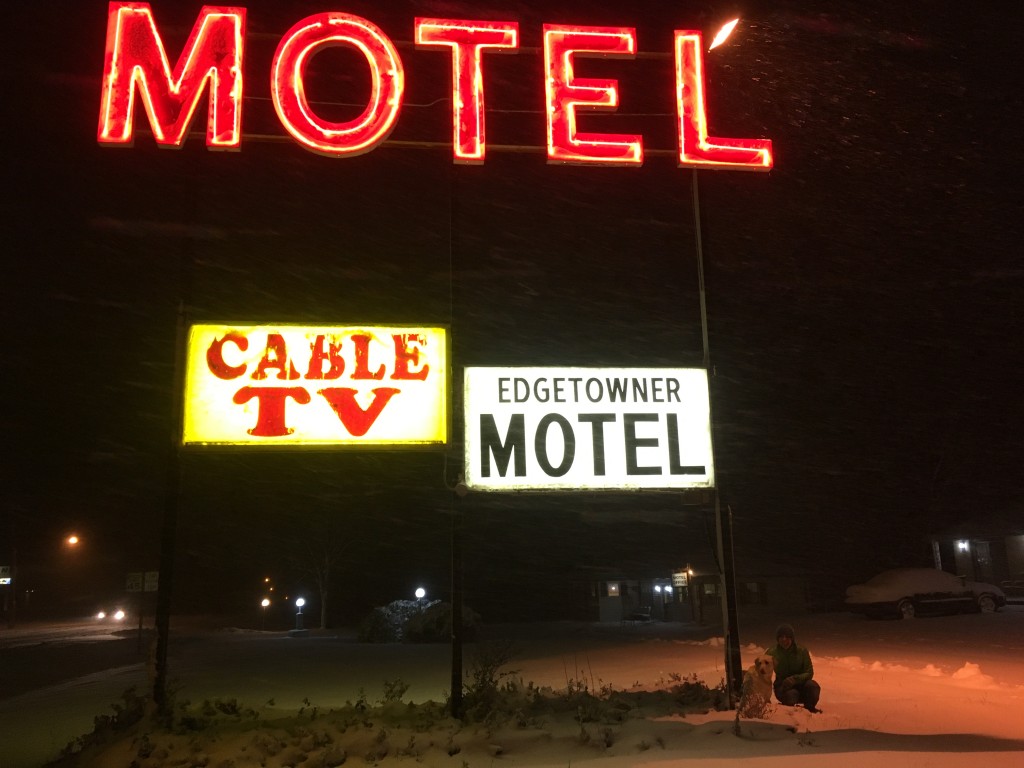 The Edgetowner Motal. De Soto, Iowa. Our haven from the storm for a night. Shabby and old but they are cheap and take dogs so… 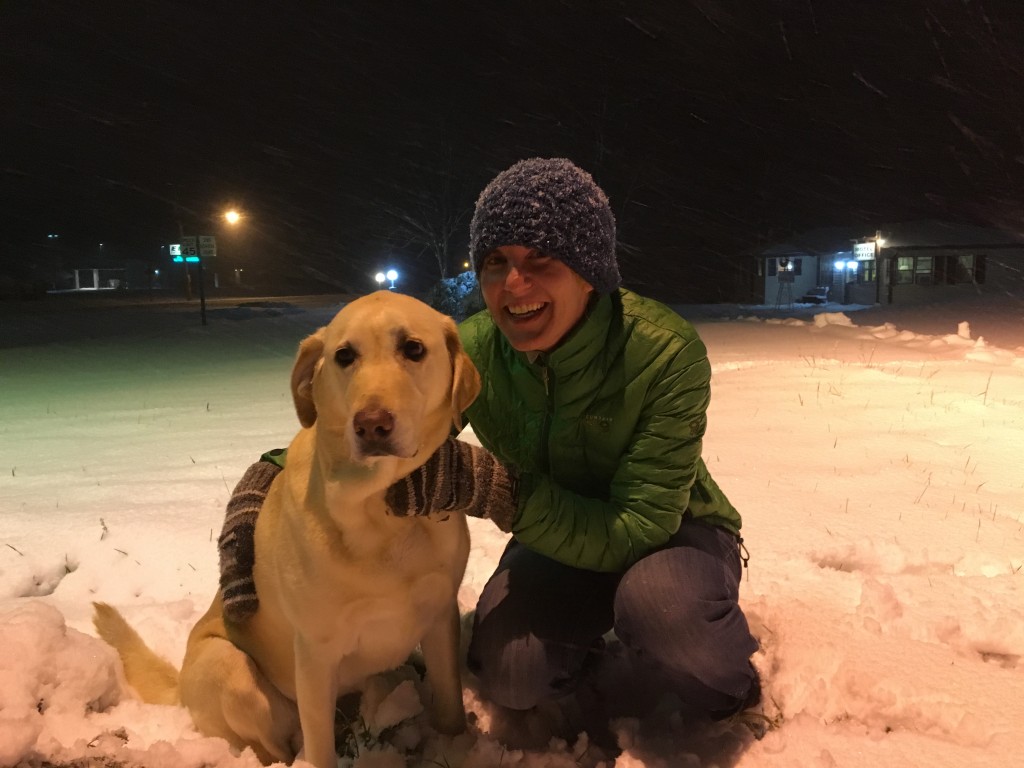 Myra was super stoked about the snow. She loves burrowing in it. 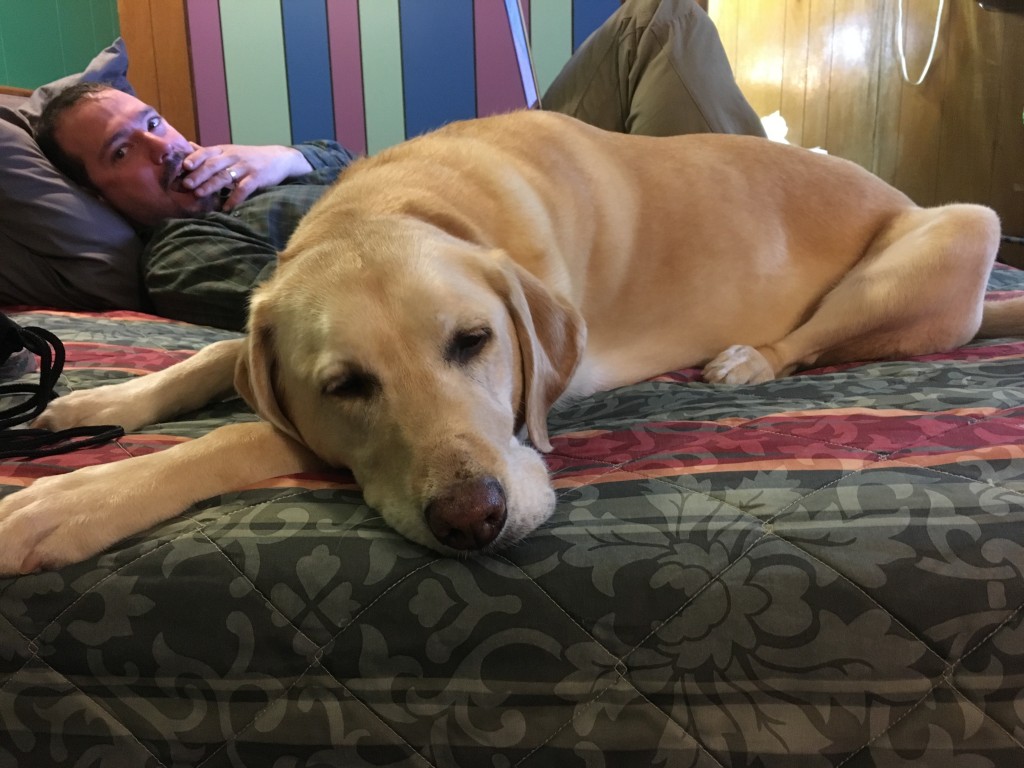 Don’t tell anyone, but we did let her hang out on the bed with us for a bit. 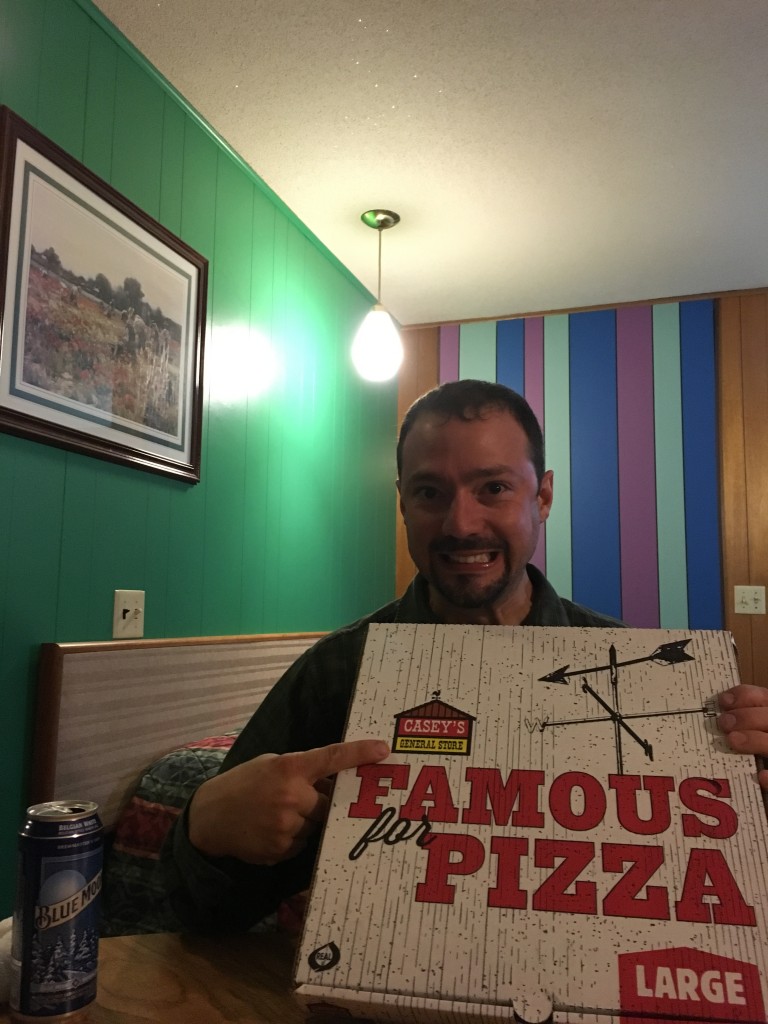 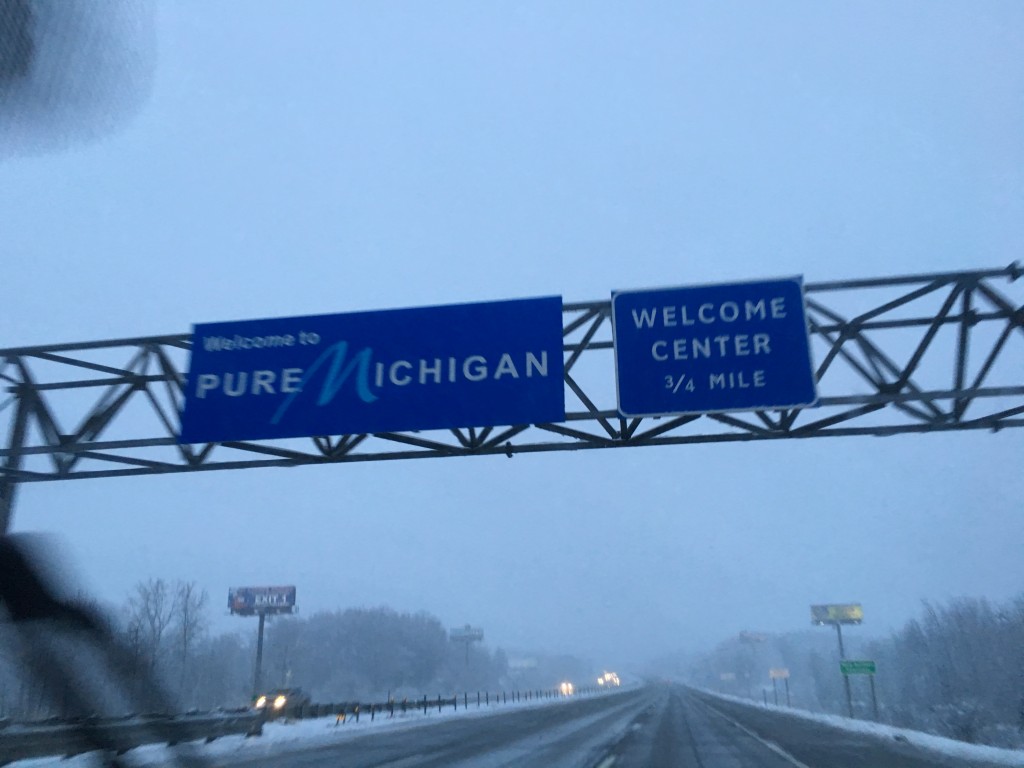 Long story short, we made like The Tortoise and got home to Detroit safely. Slowly, but safely.