A Week with the BabyMooners

Lodge for Less at The Ranger Inn

It was our backup plan, our failsafe: in the scenario where we can find no decent rental before the end of the month, we’ll move in to The Ranger Inn. Because at The Ranger Inn, “You can lodge for less!” and pay by the week OR the month – a temporary solution if we need more time to find our next spot. 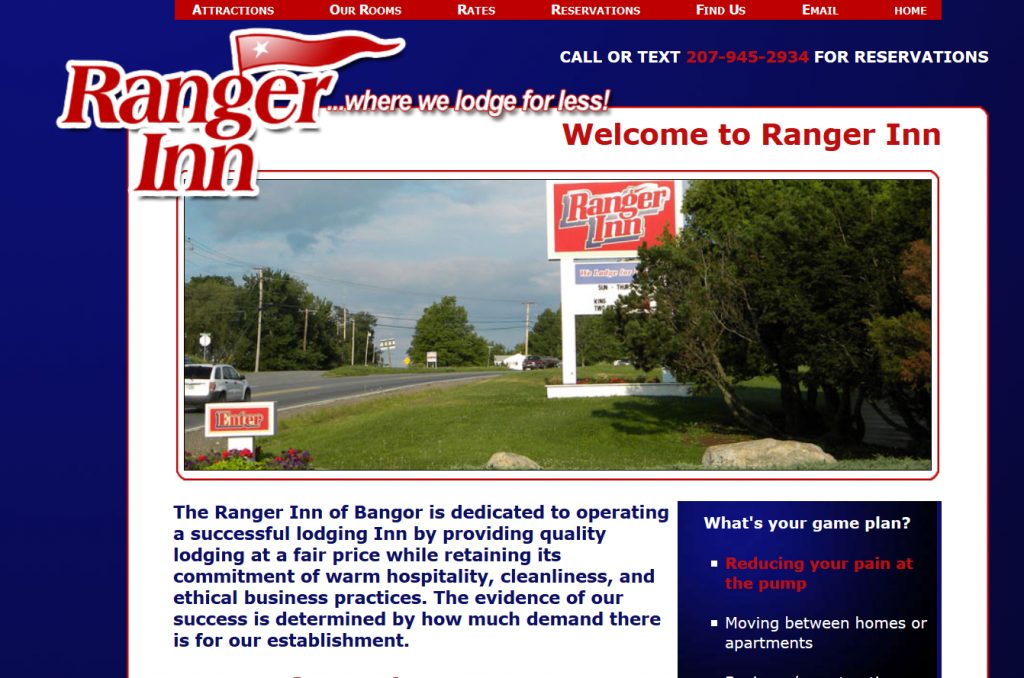 Out driving around Bangor one afternoon, a little dejected after checking out a giant Victorian house in the middle of town – too much house, too much rent, too much in town…meh – I tell Stéphane: “Since we’re out this way already, we might as well go check out The Ranger Inn, see if they have availability in July, check out a room…”

We pull up to The Ranger Inn. First impression- seems okay – it is a motel / short-term rental after all – we aren’t expecting The Ritz Carlton. Approaching the office, I hear “It’s closed!” and look to my right, down the narrow strip of building that makes up one of the rows of The Ranger. There’s a scruffy-looking guy in sweats loitering in front  of his room. A rusty old grill sits under a window and older, banged up cars line the lot in front of the rooms. A woman who poured herself into her tights this morning mills about her car, doors opened, music blaring. She bends over to pull some trash out of the car and – yep – not much left to the imagination. A few seconds later, as if on cue, a Bangor police car creeps slowly but purposefully through the parking lot, as if its been here many times before.

I hop back in the truck, look at Stephane. He says one word: “No.”

On to the next…