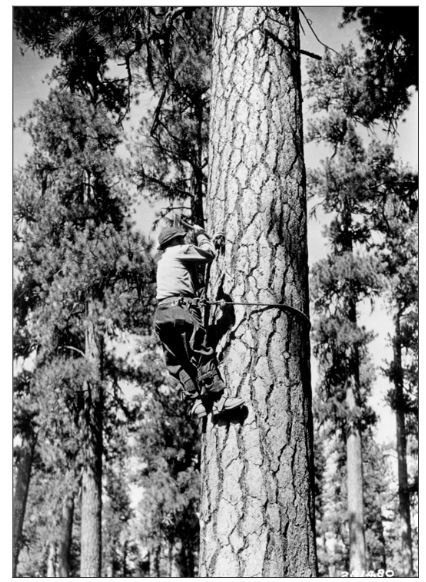 I like looking at maps and running to random places on them. 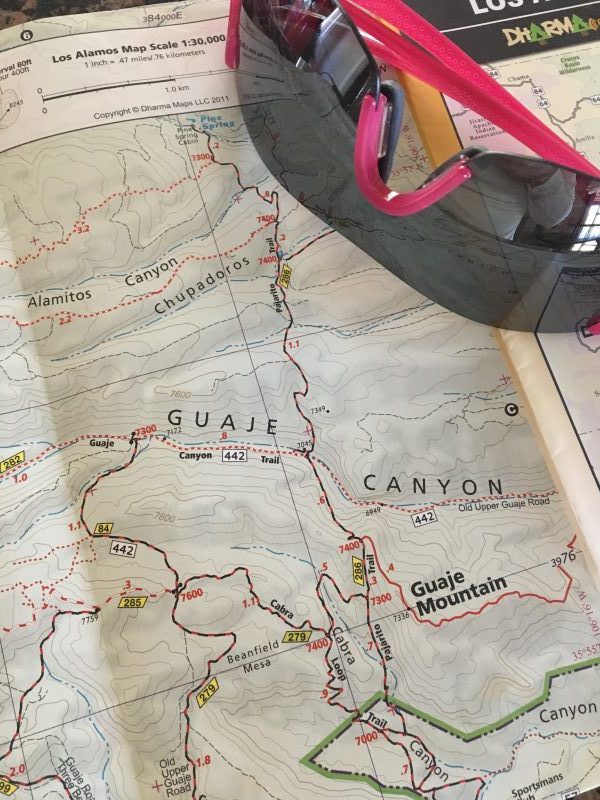 Recently, I found a paper written about the Jemez Forest Telephone Line, a telephone system that played an integral part in the Forest Service’s campaign against fire in the Jemez Forest from 1906 to the 1940s.

The Jemez Mountains/Forest rise over the town of Los Alamos to the north and west (we lived in the Jemez Mountains for the first six months of or time here in New Mexico). The Jemez Forest Reserve was created in 1905 – an area reserved “for the use and benefit of the people…”. A year later, in 1906, work began on the telephone system that would help protect the area from fire. The telephone system was basically one single, bare telephone wire hung on trees, going from tree to tree to connect the ranger stations and lookouts across the Jemez Reserve. You can still see some remains of the wire and the insulators that were hammered into the ponderosa trees to hold the line.

Because part of this new telephone line followed the Pajarito Trail (an old trail which existed in the area before the telephones and the government), homesteaders and area locals began nicknaming the Pajarito Trail The Telephone Trail. At the very northern end of The Telephone Trail is the Pine Spring ranger station which served as the forest district’s headquarters from 1918-1940s. Every year the Pine Spring station hosted an annual ranger meeting. 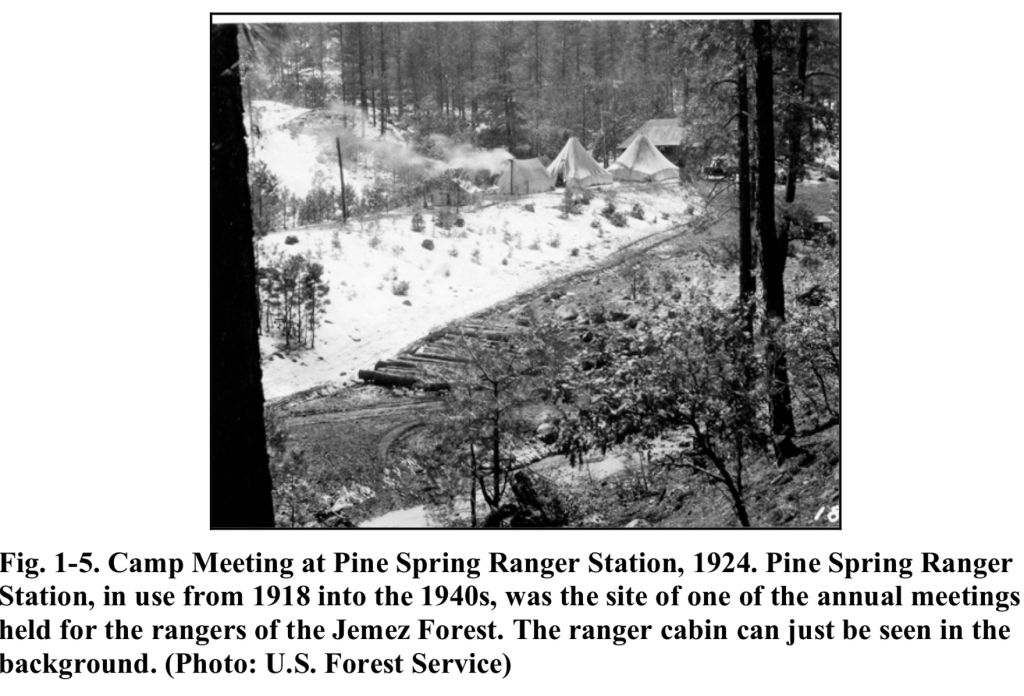 What is so special about Pine Spring? What’s it look like there? It sure seems like it’s in the middle of nowhere – which is where I like to go. So, I started researching the area and found a research paper on the telephone line of the Jemez Mountains (the photos and history of which I am sharing in this post).

And decided my next trail run needed to be an exploration of this area and to check out the remains of the Pine Spring ranger station. 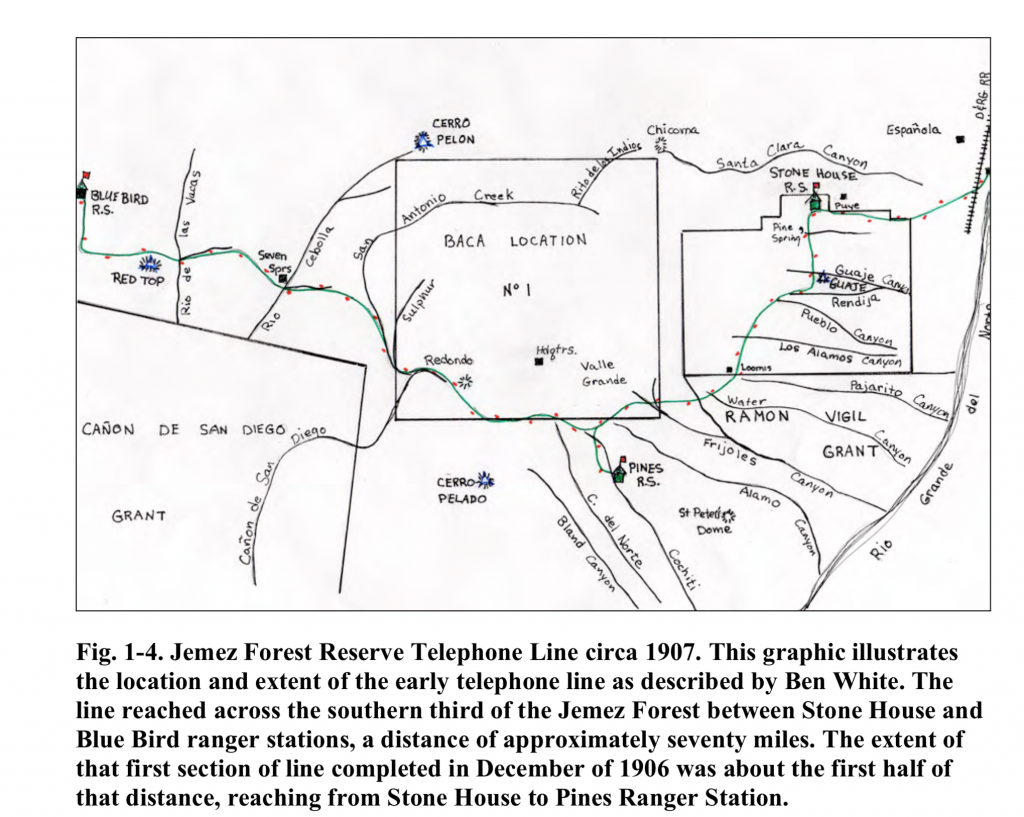 Thank you, Telephone Trail, you did not disappoint! A challenging run, beautiful vistas, a few scares on the trail (those pesky free-rangin’ bulls), and a little history made for an excellent excursion and a very memorable Mother’s Day (the rest of which I enjoyed with my  boys upon my return).

1 thought on “The Telephone Trail”