A Week in Wrighstville Beach

We stopped at the Bridge Tender Marina in Wrightsville Beach around eight o’clock in the morning and filled up our diesel and gasoline (for the dinghy) and topped off our water tanks. On the way over we hailed the marina to tell them we’d be there in five minutes. Oops! It took more like twenty…everything looks so close together on a map! Not so much in real life running against a current… 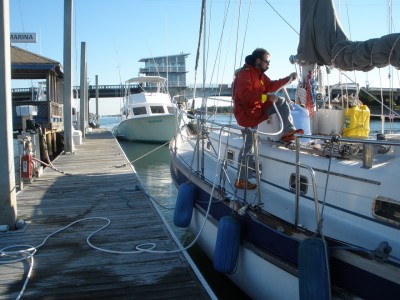 Topping off diesel, gasoline, and water in Wrightsville Beach.

Once we filled up, we took off down the ICW towards Southport and the Cape Fear River. Our friends on Baloo and Blue Yonder took off on the “outside” from Wrightsville Beach but we’d heard that we should bypass Cape Fear so we motored down the ICW for four hours until we got out into the Atlantic once again. 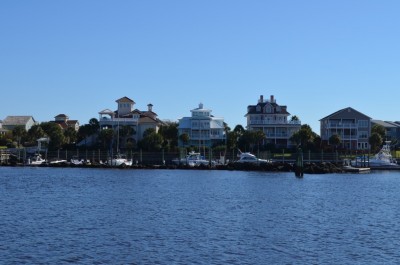 Crazy big homes along the ICW. 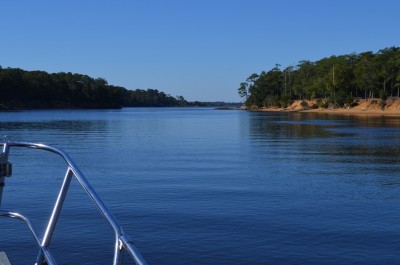 Snow’s Cut – this lead us to the Cape Fear River. 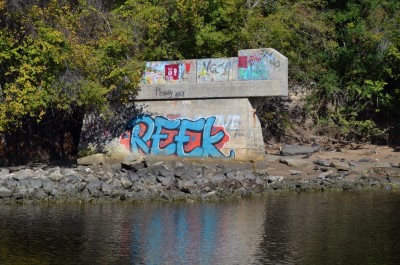 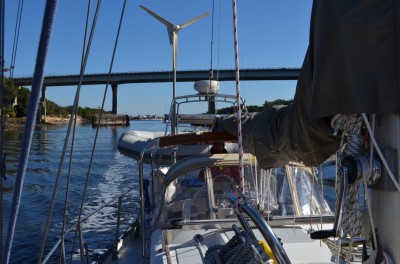 Just passed the one and only bridge on this trip. We cleared the bridge by eleven feet but the perspective is so off when you are under it it looks like the mast is going to collide!

We timed the current just right, getting pushed out of Cape Fear River instead of having to fight against it. Here we go into the ocean again! We checked the weather and we are going to sail for SURE this time, we just know it. We get clear of the channel, get the sails up and…REALLY? No wind…Again…Well, there’s some wind but it’s too light to propel us with much speed. So, on goes the trusty Perkins 4-108 and away we go. 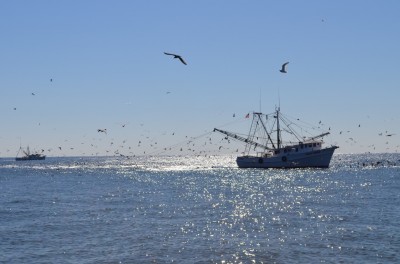 We passed quite a few shrimping boats along the way. These boats are surrounded by a cloud of stinky, poopy seabirds looking for scraps. 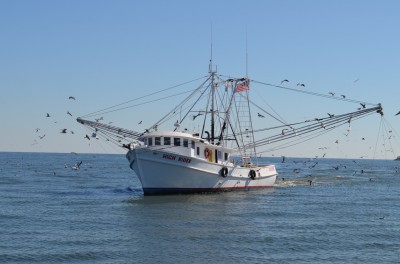 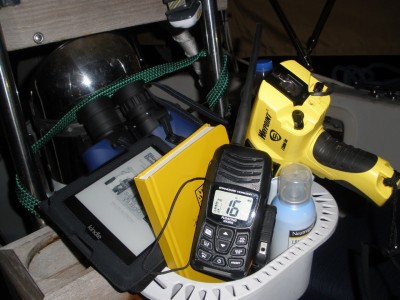 Everything I need for night watch: kindle, Susan’s excellent “Write in the Rain” notebook, VHF, spot light, and timer.

The passage was uneventful but definitely colder than our first passage. Stephane and I stood our watches through the night and in the late morning arrived at Charleston! 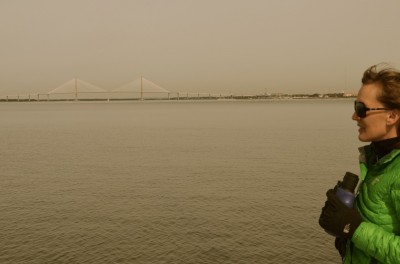 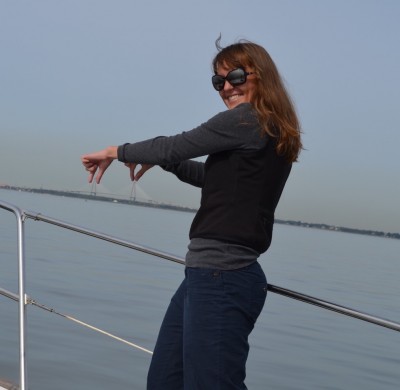 Entering the Charleston Harbor – Fort Sumter on the left. 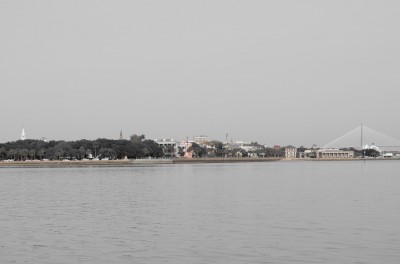 We found a very easy and nice anchorage in the Ashley River just across from The Megadock (yes, it’s actually called The Megadock). And here’s why: 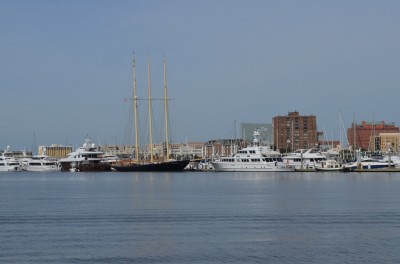 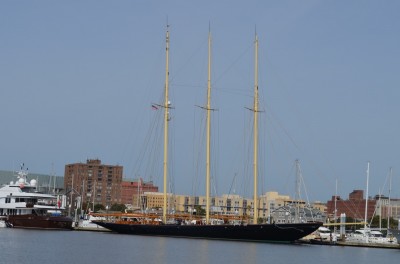 We left Wrightsville Beach at eight o’clock on a Monday morning and dropped anchor around 12:45pm on a Tuesday afternoon. An easy, non-eventful trip. Looking forward to Checking out Charleston!