We’re going into the third and final week at the Laurel, Montana airport. 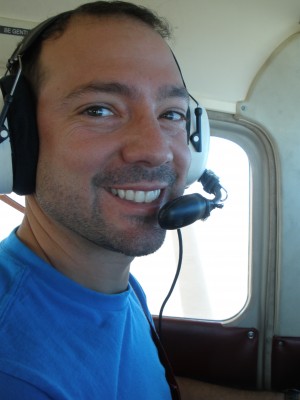 Stéphane’s been studying and flying and testing. He’s knocked out his CFII (that’s Certified Flight Instructor – Instrument), Fixed Wing Instrument, Fixed Wing Commercial, and – the biggie – ATP (Airline Transport Pilot – the highest rating you can get as a helicopter pilot). 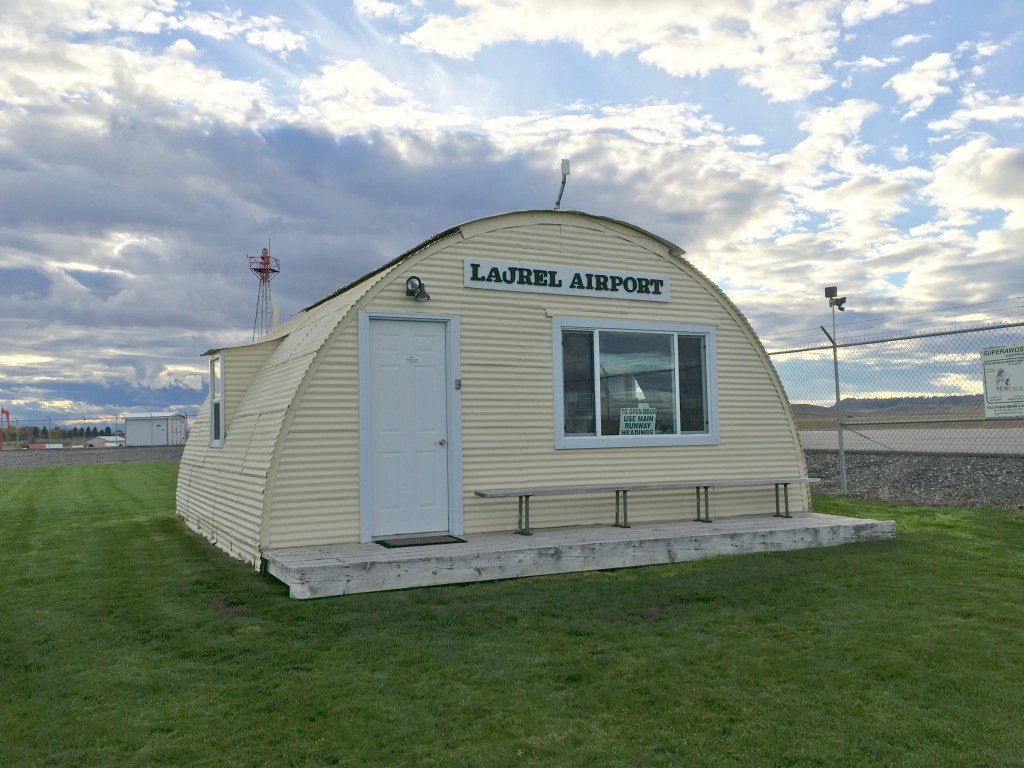 It’s a Thursday afternoon and I’m working in the pilots’ lounge – a small, yellow quonset hut set on the immaculately manicured, very green patch of grass just on the other side of the barbed-wire airport fence. “Doc”, the airport manager, pokes his head in the door and asks me if I’ll help him set up the Magic Jack for the lounge later today. I tell him no problem and ask if he has any other projects he needs help with. Last week Stéphane mowed some of the grass and I helped him dispose of tumbleweeds that had gathered along the fence lines and empty fields around the airport. Doc’s been the airport manager at Laurel since 1967. He also has an RV and has visited every state except for Alaska and Hawaii in it.

On this particular Thursday, Stéphane is taking check rides for fixed-wing commercial and ATP. So while he is flying around in planes and helis, I work and stare out the window, watching the comings and goings of the little airport community. Wherever we go, I always end up being Neighborhood Watch – laptop set up in front of a window, half working, half people watching. It’s not a bad gig. 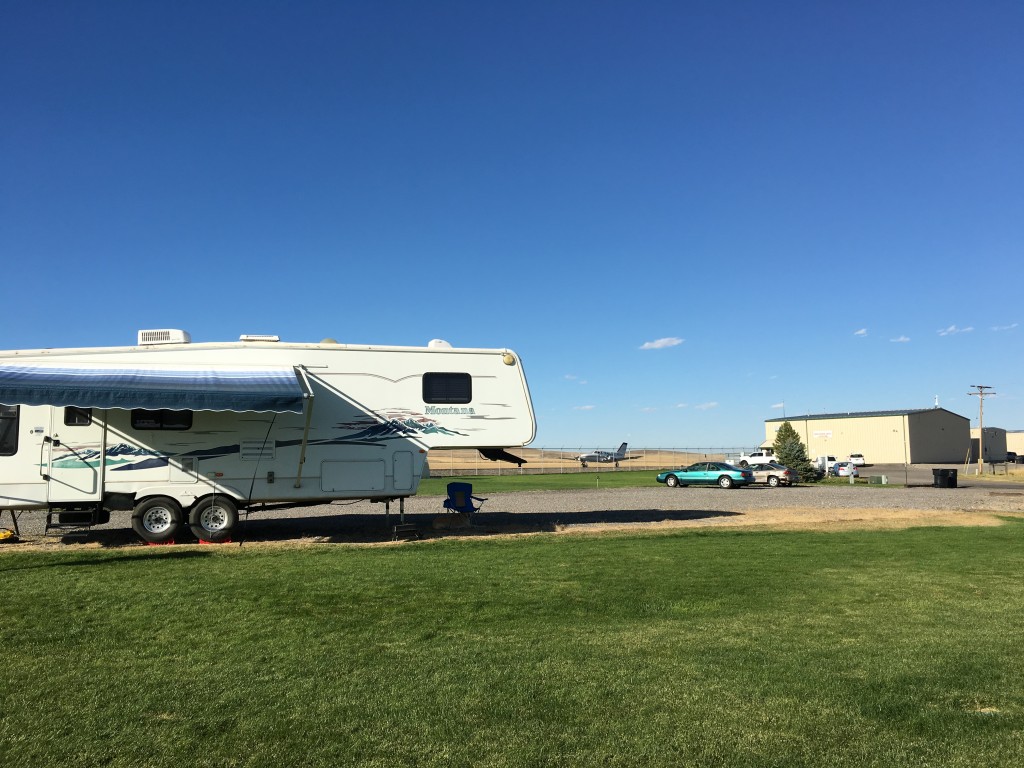 Our little setup at Laurel Airport. Myra loved the cool, green grass and Stéphane loved the commute to the flight school (first building on the right). 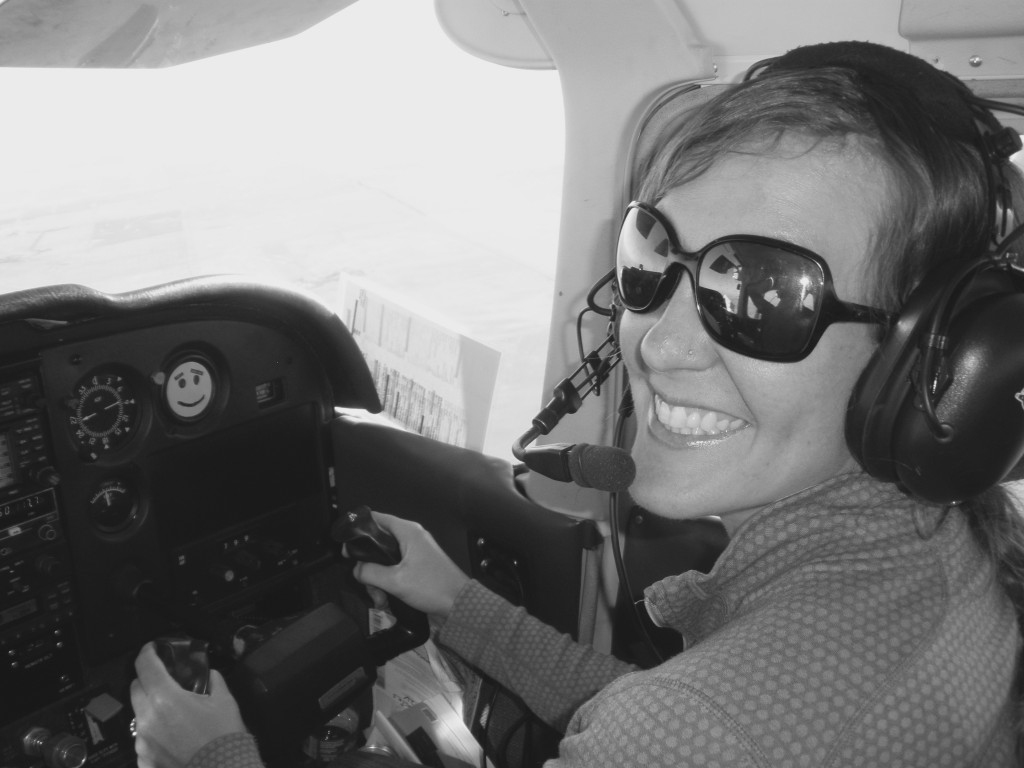 One of Stéphane’s tasks was to do a “cross country” flight in the fixed wing. And guess who got to go with him? 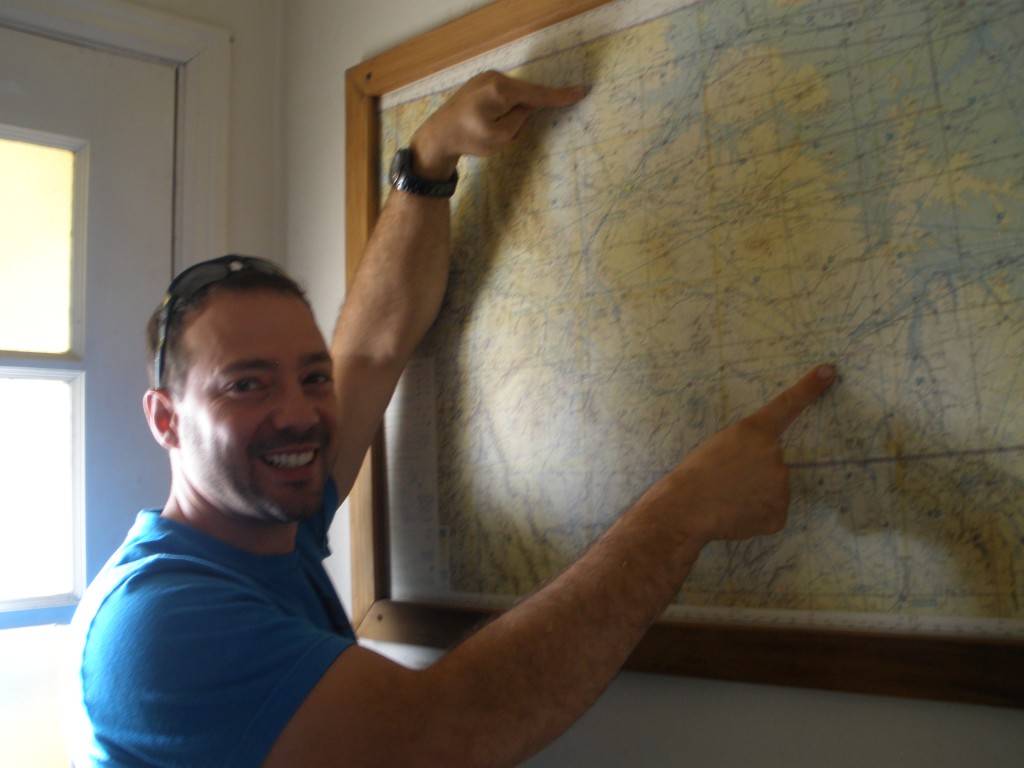 We flew from Laurel up north to Shelby, Montana – almost to the Canadian border. 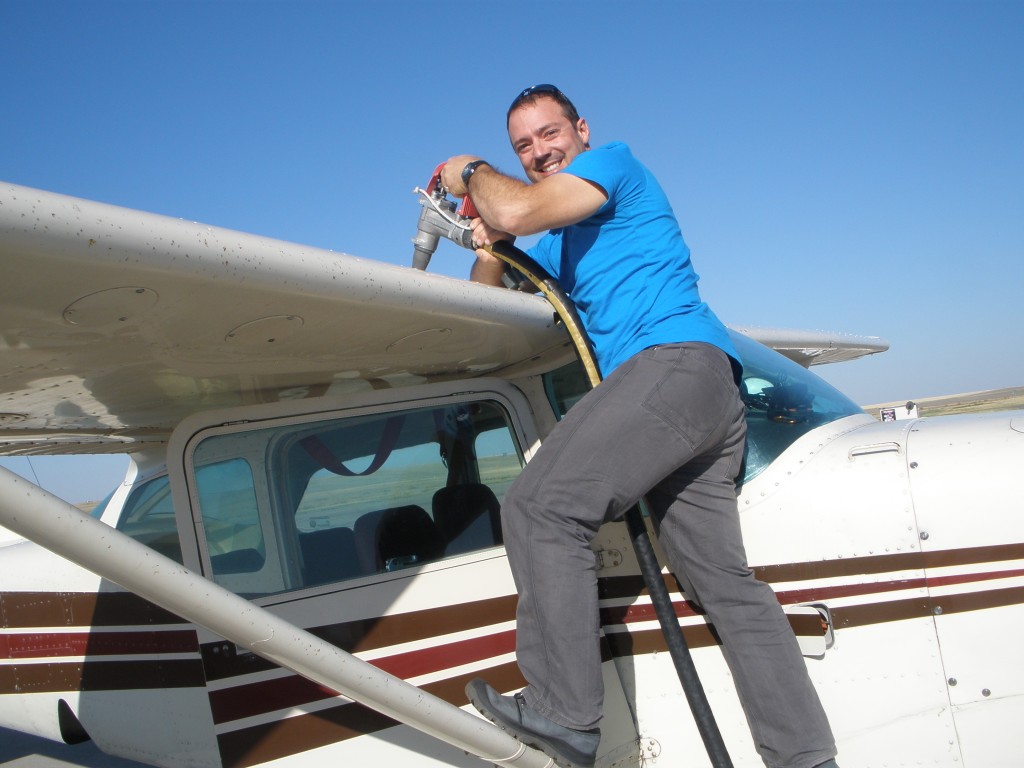 Filling up at the super-small Shelby airport. The fuel is stored in the wings? Really? 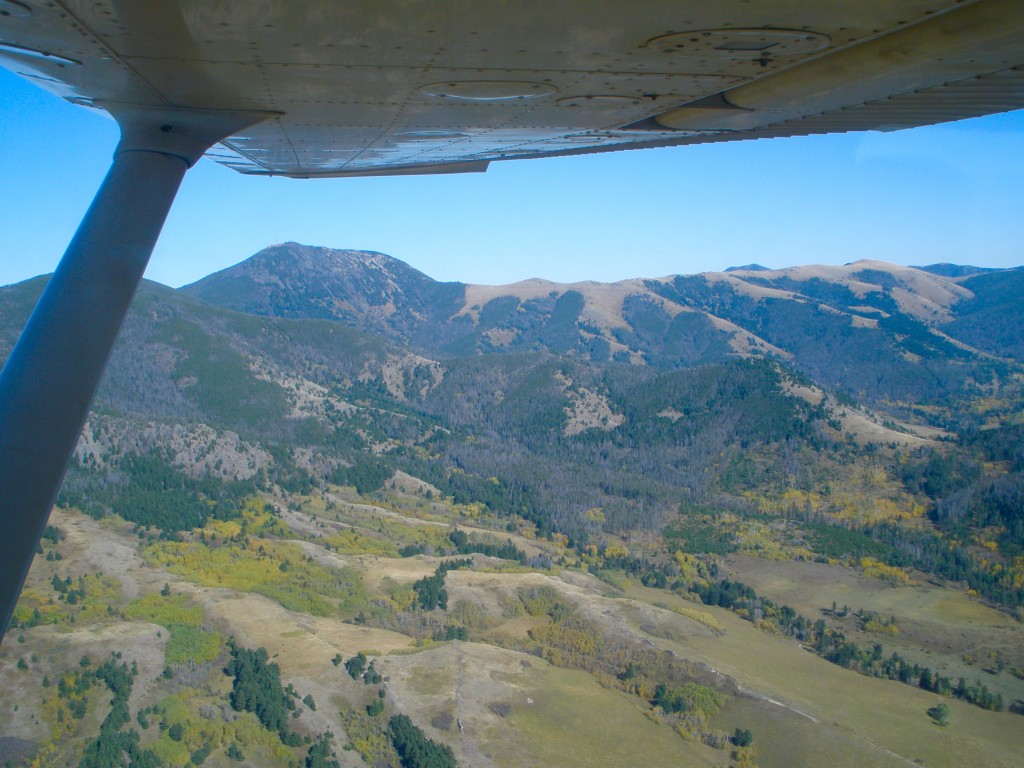 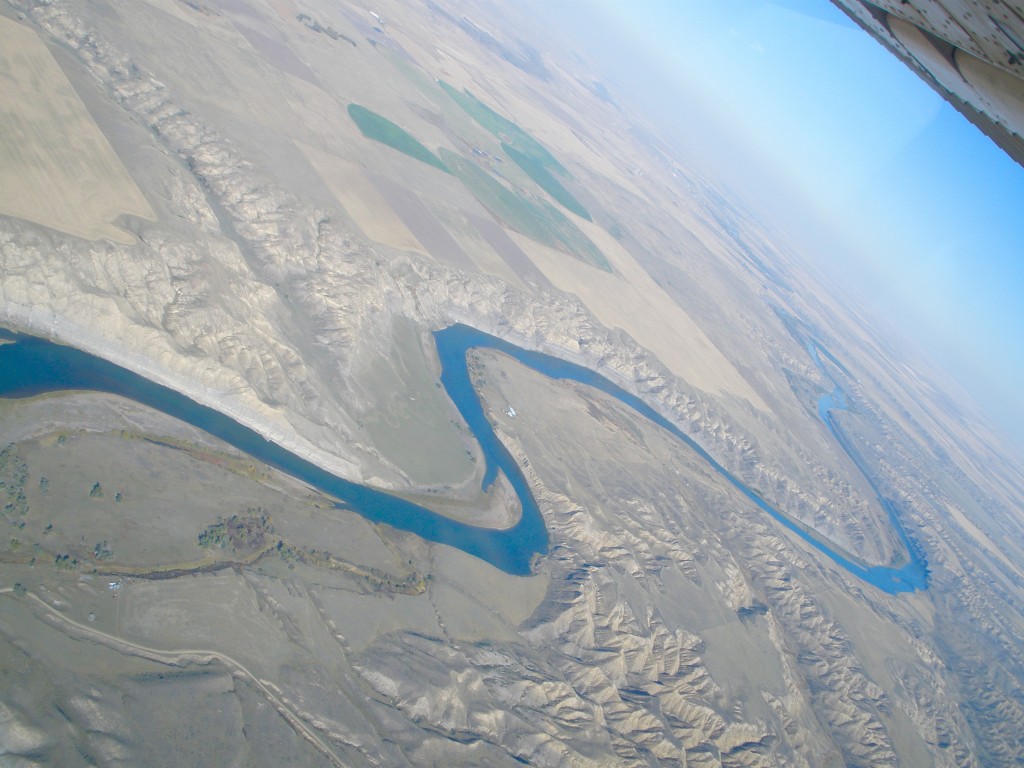 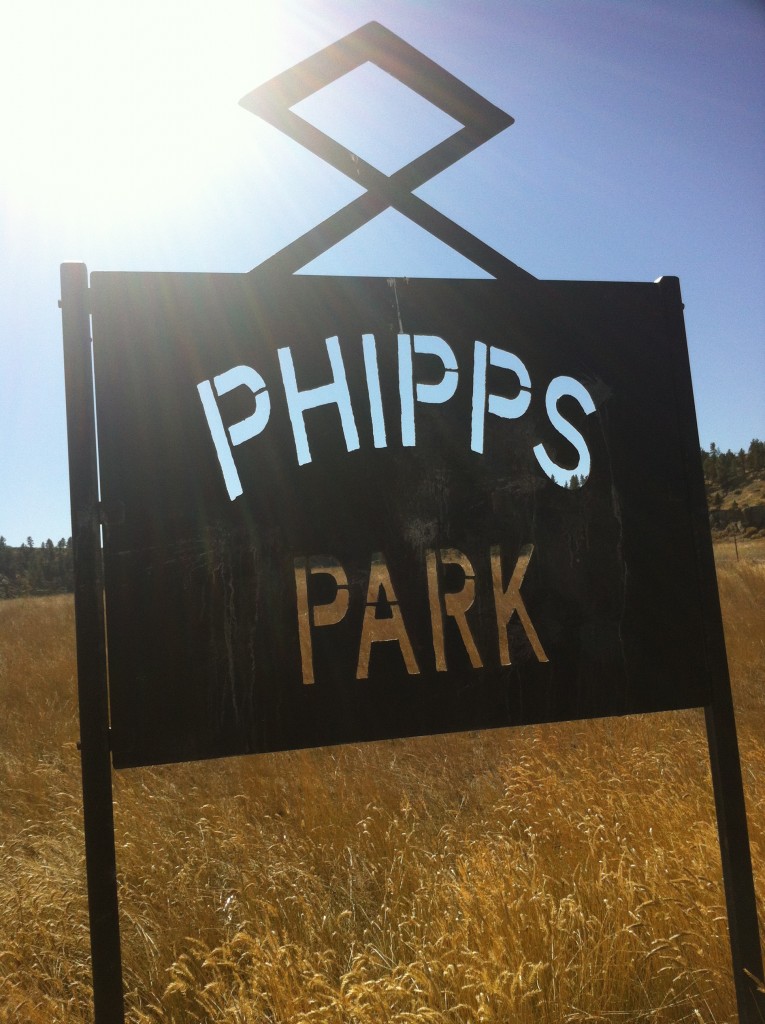 In between quizzing Stéphane and working, Myra and I took off for afternoon runs at Phipps Park, a local trail system + disc golf course. 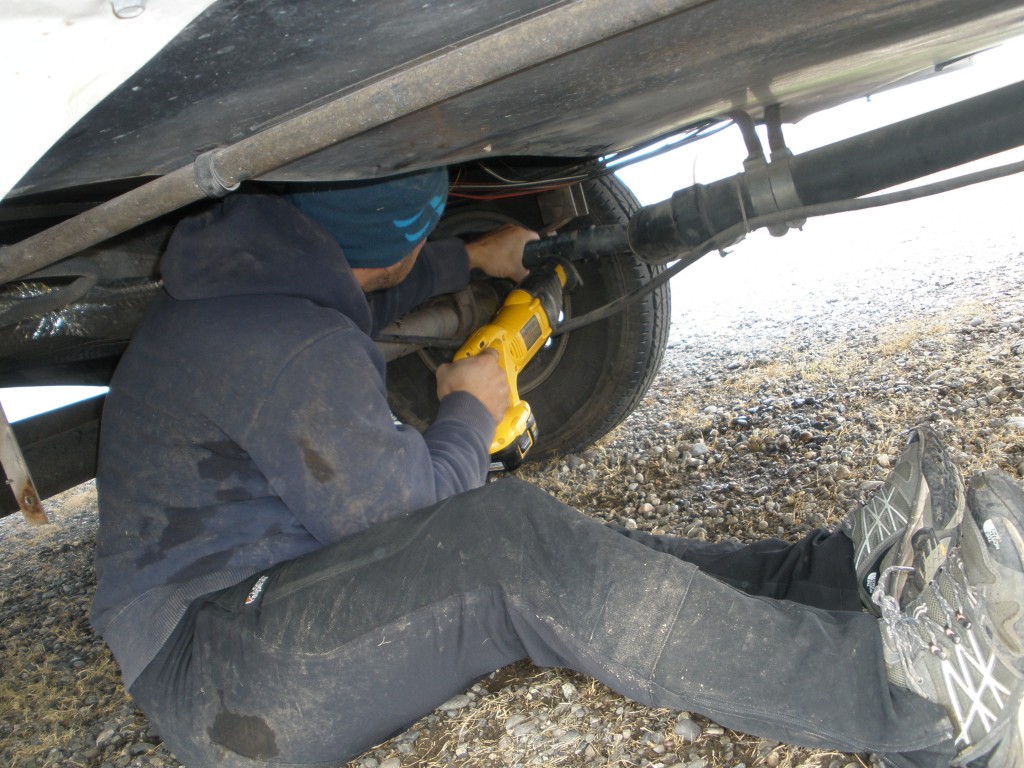 What Hefti Trip would be complete without things breaking? We discovered a large, unfixable crack in our gray water holding tank (gray water = dish soap water; black water = toilet water + waste; very thankful it was the gray). We did a little surgery on The Buffalo, pulling out the cracked holding tank. 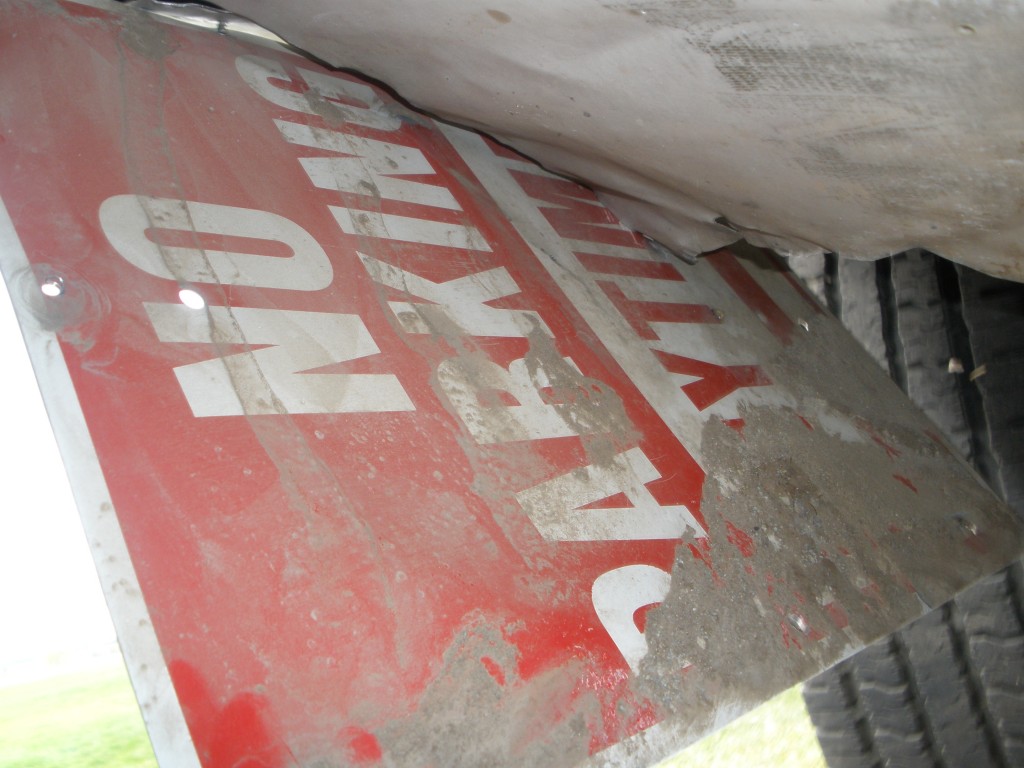 While repairing The Buffalo, we discovered that she had, at one point in time, been patched up with a piece of metal that used to be a PARKING sign…whaaaaat? 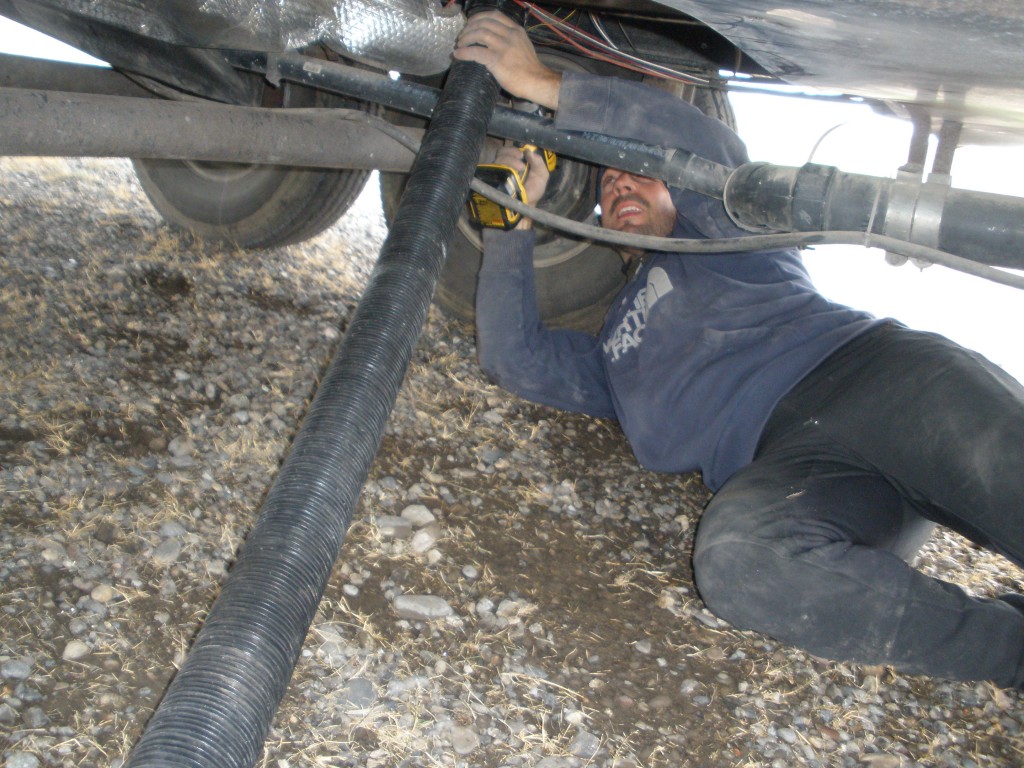 Draining the remaining gray water – a foul business. Dirty dishwater mingling with rotted scraps of food made for a putrid stench. 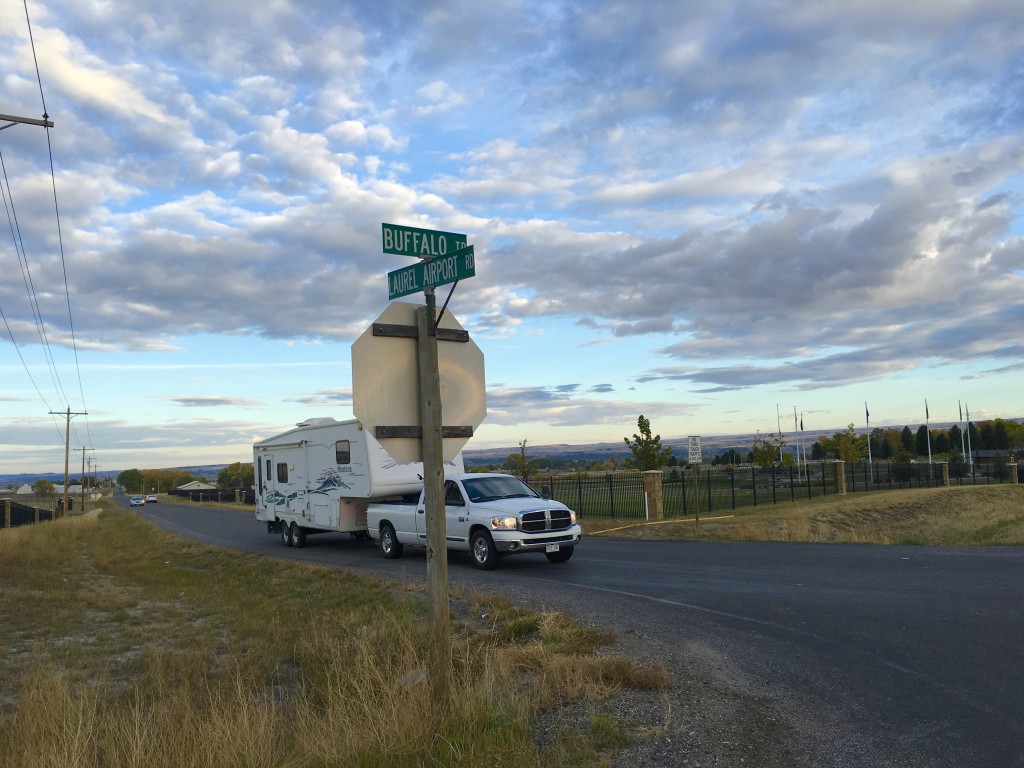 The Great White Buffalo spent three weeks near the corner of Laurel Airport and Buffalo Trail roads – meant to be, or what? 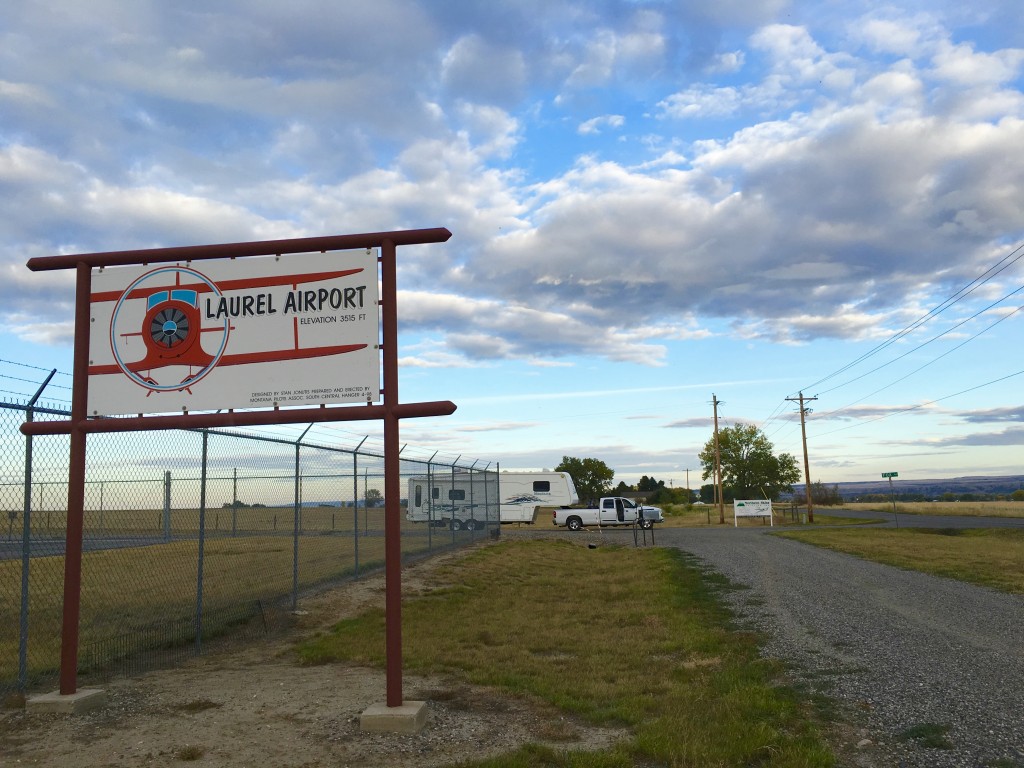 And so after three weeks of sleepless, late-night study sessions, endless hours practicing maneuvers in both plane and heli, and stressful, strenuous check rides, Stéphane emerges victorious! While The Heftis may be leaving Montana with a few less dollars in their pockets, they are now PLUS ONE bad-ass pilot who is at the very top of his game and ready for ACTION!