The whole night through

We finally got a taste of what a real Maine winter can look like after experiencing our first Nor’easter. All said and done, two feet of snow blanketed Hurd House. That’s a lot of snow to remove, particularly when the engine of the snowblower you just purchased on Craigslist decides to seize. 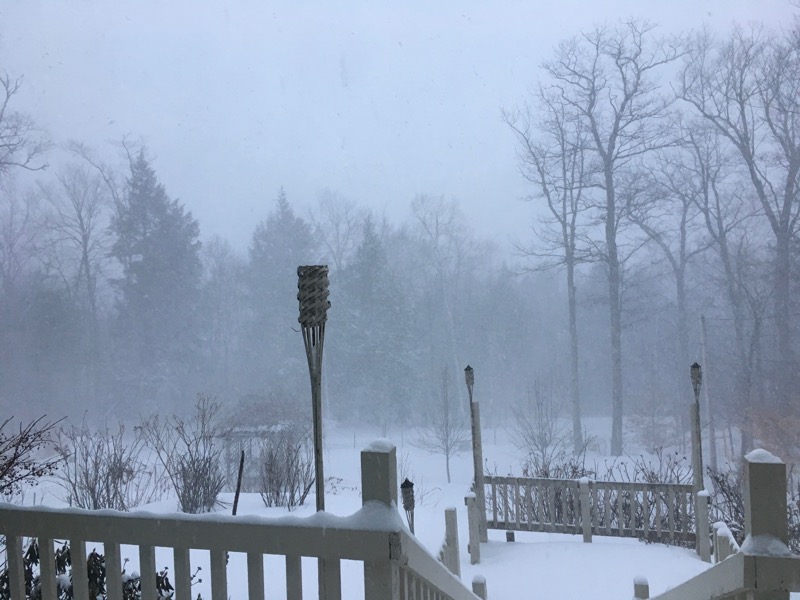 The beginning of the Nor’easter. Snow and crazy blizzards for hours.

Now, we have sold and purchased many items on Craigslist over the years and have, for the most part, always had positive experiences. I guess it was only a matter of time before we got screwed. It was just really, really bad timing. So, to the seventy-year-old man in Winterport who sold us the lemon machine, I say to you: what you put out into the world will come back to you in one way or another. Karma’s a b$%!#. 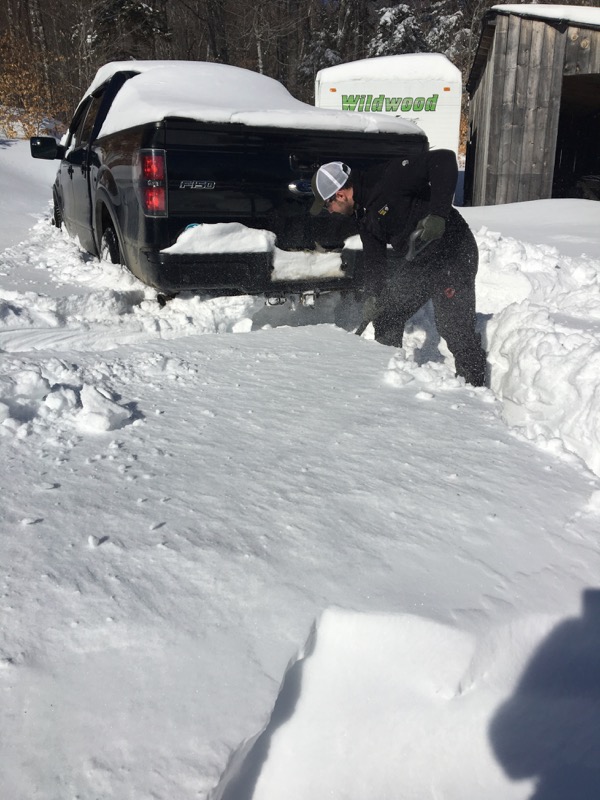 Digging out the truck so we an go get snowblower #2. This time around, we were fortunate enough to purchase from an honest seller. 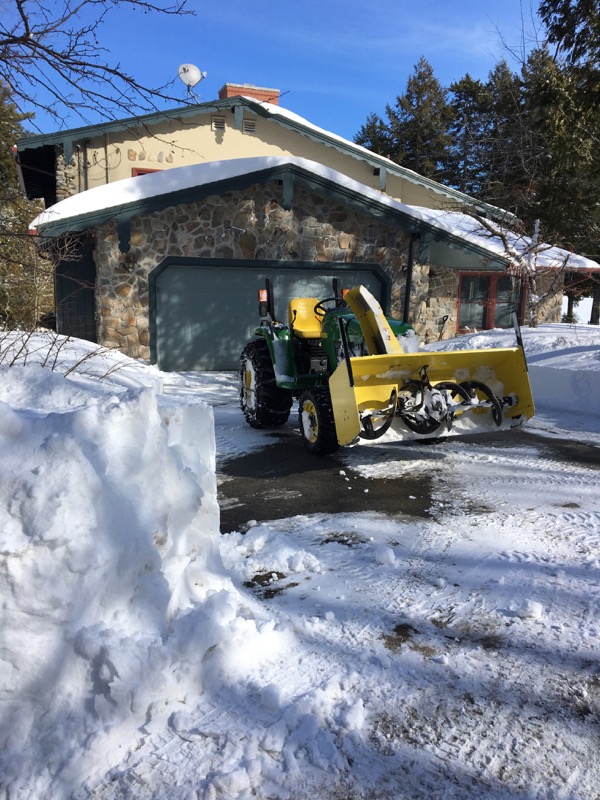 Almost all of our neighbors have their own plows or intense-looking snow removal machines like this bad boy. Das Haus (yes, they named their house- and you would too if you saw this house) pushes snow in style and comfort. 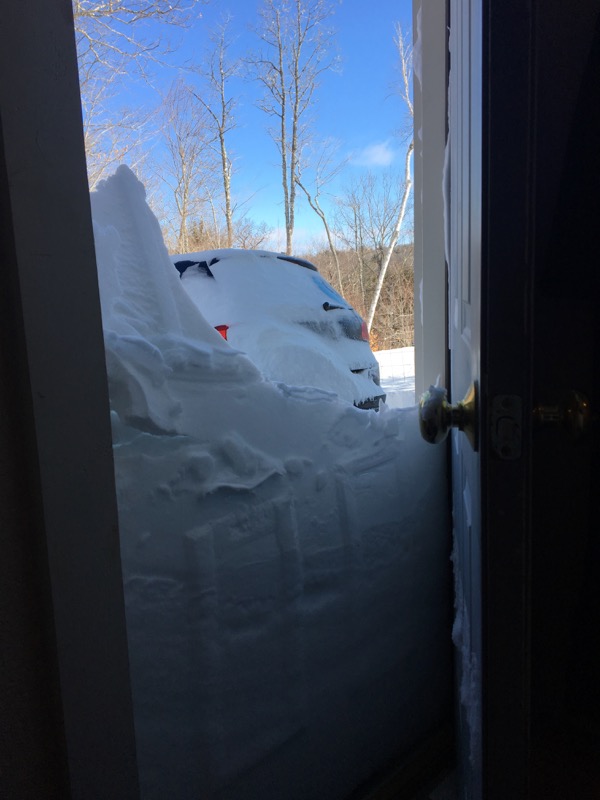 Big snow drift built itself up against the side door. 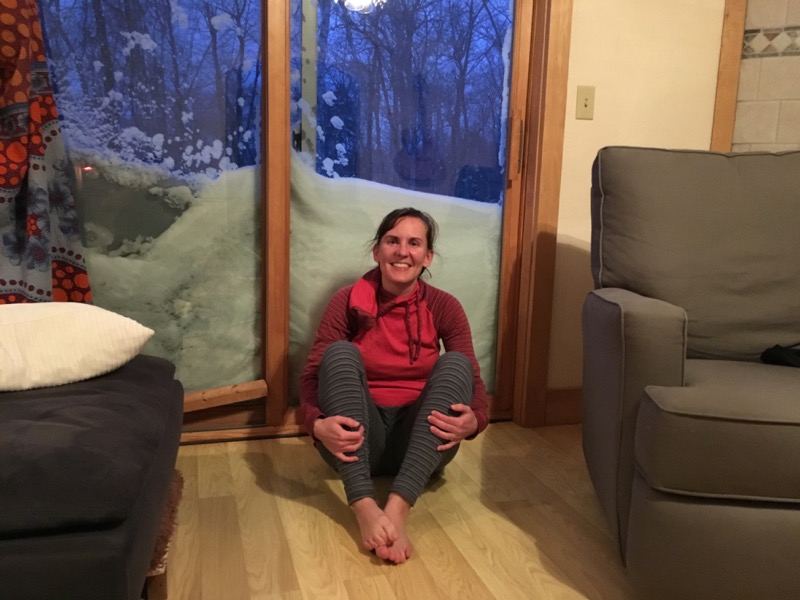 That’s a lot of snow! 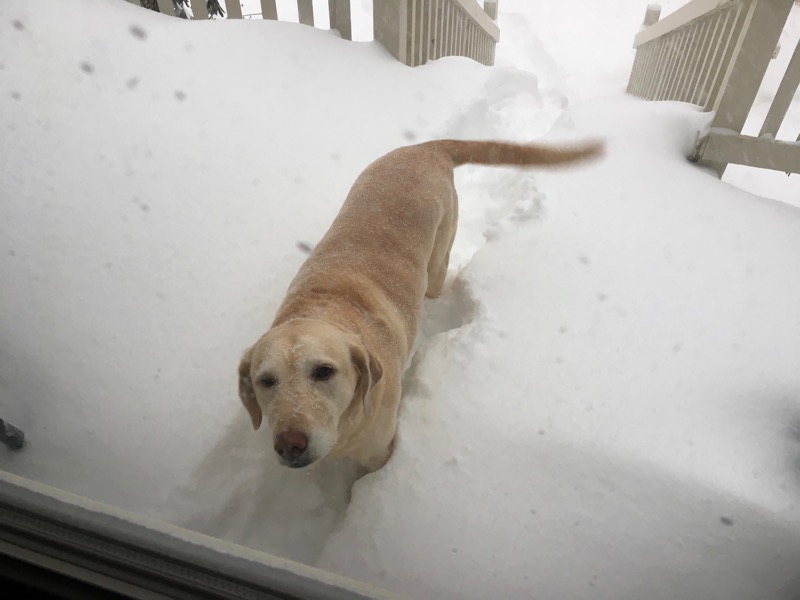 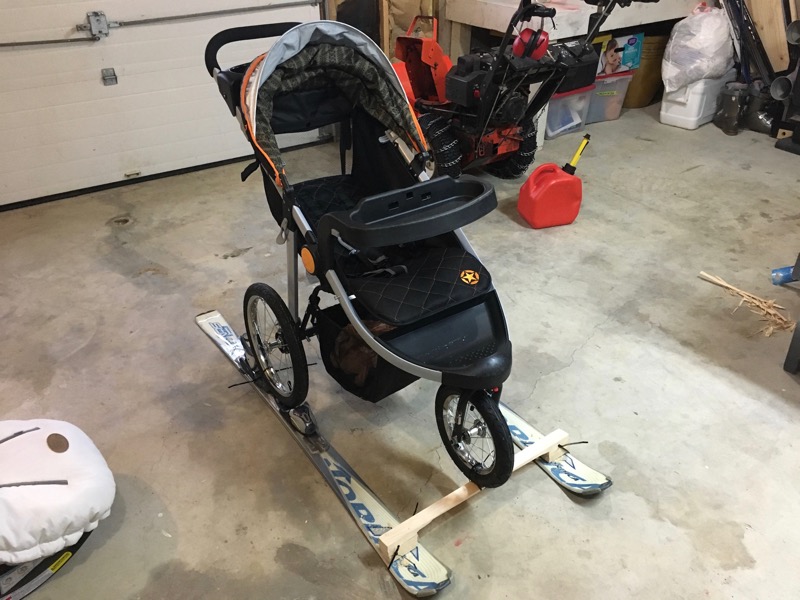 Not only does Stéphane have the best ideas, but he can execute them like none other! Prototype #1 of the Hefti “Skoller” a stroller on skis. 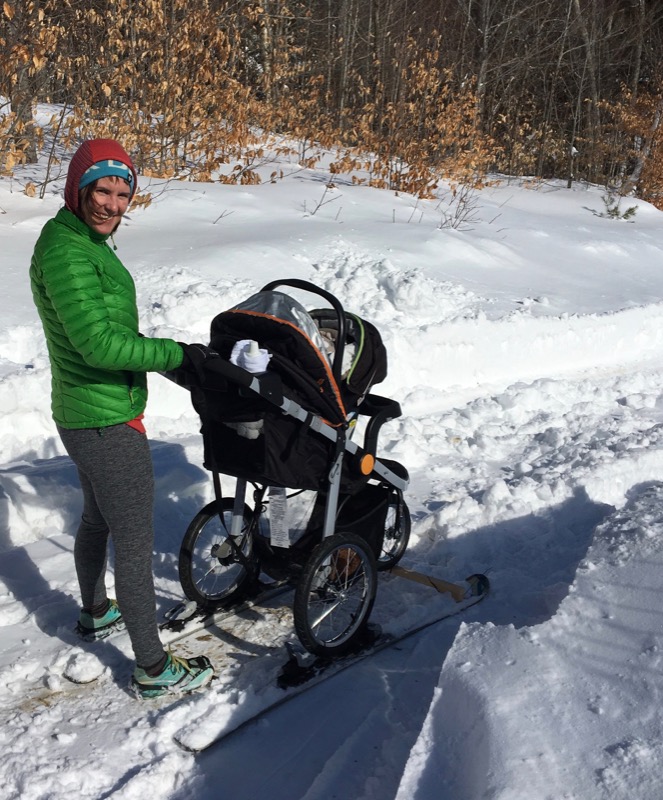 The storm and the snow was actually a fun and welcomed distraction from our daily routine.

Is it possible to have an eeeeep post without a ppicture of our sweet Hugo? No, it is not. Here you go: 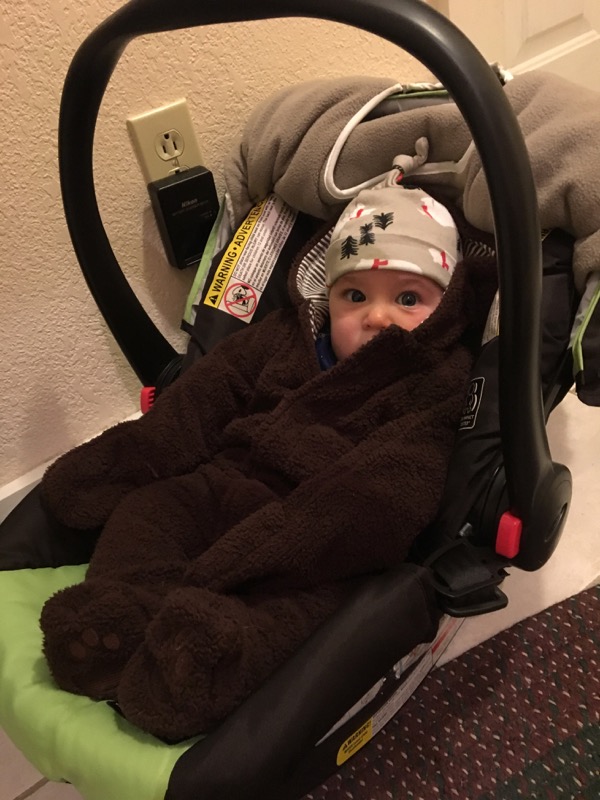 All bundled up in his bear suit from Naeha Maussi