S&S and a few other guys at Sailcraft recommend that we go check out Cape Lookout. It’s about 30 miles from Oriental, six of which are in the ATLANTIC OCEAN! So we borrow an old chart, get some provisions, and take off. 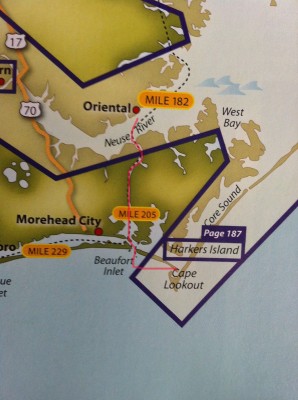 Most of the way is motoring / motor sailing on the Intercoastal Waterway (ICW). We had planned to take the ICW most of the way down the east coast but as we soon discovered, it’s a different kind of “sailing” than what we had thought. It’s mostly just motoring and paying attention to traffic (other power boats passing you) and staying in between the green and red signs (so you’re in the channel and don’t run aground). You also pass bridges along the way. You have to make sure that you will fit under them (obviously do your research BEFORE you go). 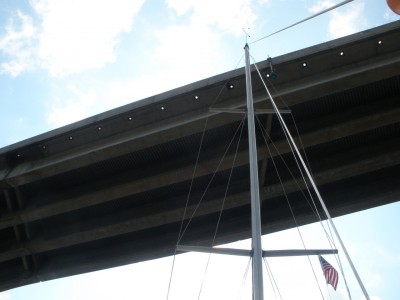 Our first bridge!!! We are 54 feet tall. This bridge has 65 feet of clearance. Still, we were looking up nervously…are we going to make it?!?! 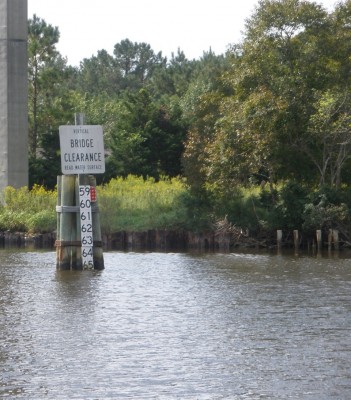 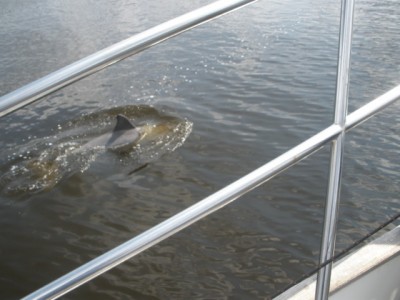 Three dolphins swum alongside us for a while – it was amazing!!! They swum right beside the bow of the boat and kept coming up for air and switching sides and playing.

Once we got through the Beaufort inlet and turned left, we were on our way to Cape Lookout and in the Atlantic Ocean! We turned the engine off, raised the main and jib, and enjoyed the quiet. 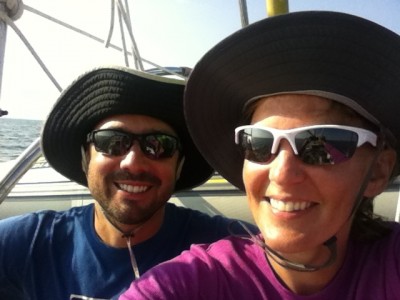 Six miles took four hours. Not much wind and what wind there was, was not letting is point where we wanted to go. But we enjoyed the ride! The Cape Lookout lighthouse got bigger and bigger and finally…we arrived. 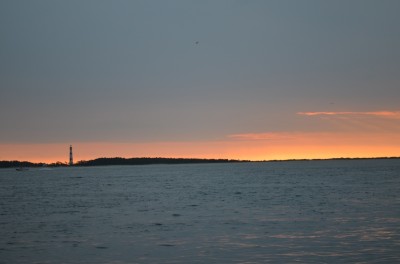 Thankfully there were not too many other boats anchored in Cape Lookout so we had a lot of room to maneuver and to figure out how to drop our anchors and place ourselves where we thought we would not swing and hit other boats. Still, we were worried about dragging anchor and hitting other boats so we didn’t sleep too much that first night… 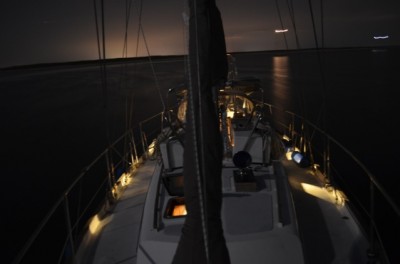 Cape Lookout is part of what is known as The Outer Banks. At Cape Lookout there is a lighthouse and also a bunch of old abandoned buildings. There is an old, dilapodated Coast Guard building along with some other Coast Guard-related buildings – a boathouse, an old medical building. The time frame we’re talking about is late 1800s through about 1960. Back in the day, the coast guard would literally walk the coast along Cape Lookout and look for mariners in distress. If they found one, they would take their “surfboat” and ROW out to the mariner to try to help them. Can you believe that? 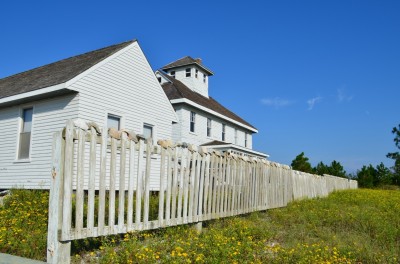 An abandoned building at Cape Lookout. Note how conch shells are placed on top of each of the fence pickets. 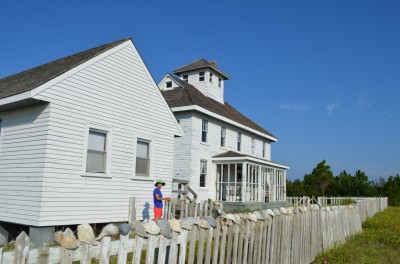 The lighthouse at Cape Lookout is painted with a black and white diamond pattern. There are six other lighthouses along the coast of North Carolina and they all have different patterns. Cape Hatteras, for example, has black and white swirls (like a candy cane). This pattern is what you can see during the daytime so it is called a “day marker”. 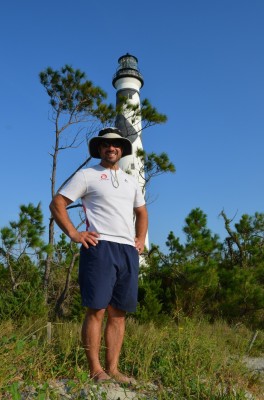 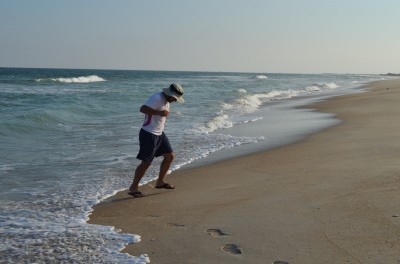 Playing along the beach. 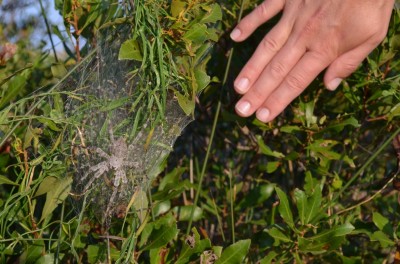 A crazy, large spider. Yes, that is my hand!! I was a brave girl that day.

We returned to Free Range after exploring Cape Lookout and our “neighbor”, Phillip, comes by in his dinghy with some fresh fish! The local fisherman were fishing too close to his anchored sailboat and messed up his anchor line so they gave him a bunch of fish in way of apology. They gave him too many and so he dropped off some for us! I cleaned and gutted my first fish- not too hard once you get over the blood and guts 🙂 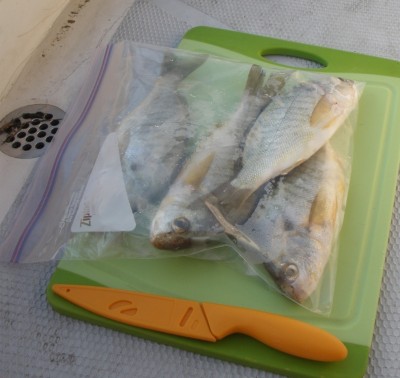 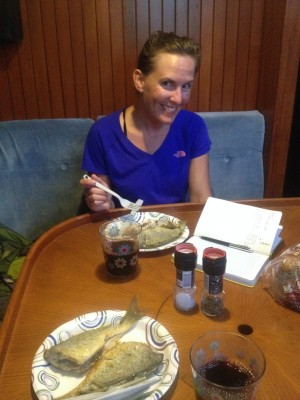 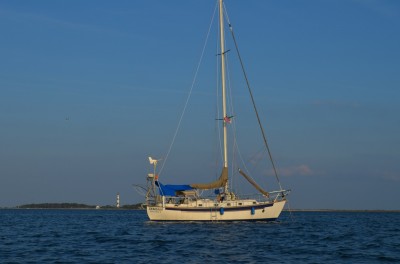