After several curdled milks and some iffy dinners (Me: “you sure that’s still good?” Stephane: “I can eat it first. If it’s bad, we’ll know within ten minutes or so.”), we decided to pull out the Tropikool refrigeration cooling system and get a different/new one.

Before installing our new refrigeration unit, we decided we needed to decrease the space in the refrigerator so that the cooling would be more effective. We made this decision because Stephane took some measurements and did some crazy math to determine the cubic square footage of our fridge. Which was too much. 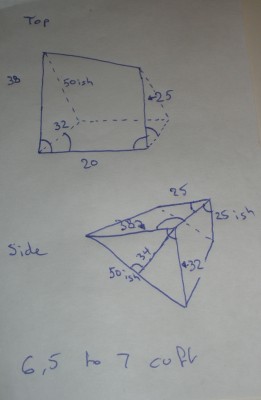 To decrease the square footage of the fridge, we bought some styrofoam (Stephane says it’s “styro-propelene”, which apparently is fancier than styrofoam). We measured and cut out different-sized/shaped styro panels and fit them into the different sections of the fridge to help insulate and to take up more space. 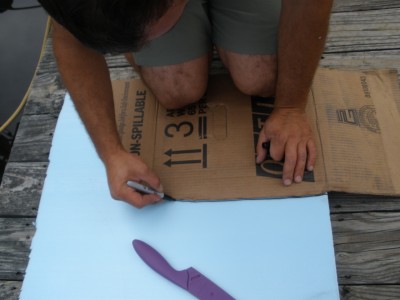 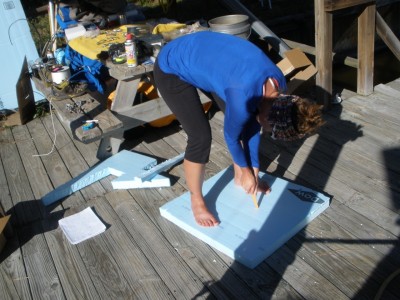 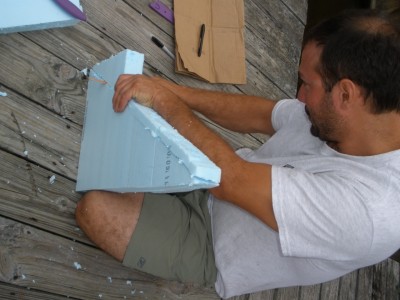 The panels need to be measured and cut fairly accurately to get the best fit – not much room for error! 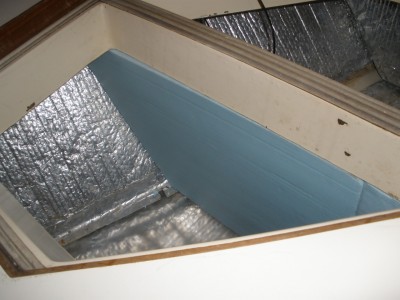 Then we fit the blue styro panels into each section of the fridge where we wanted them. 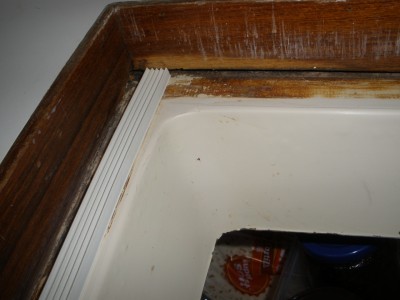 We also pulled off the old gaskets/seals and replaced with new ones. 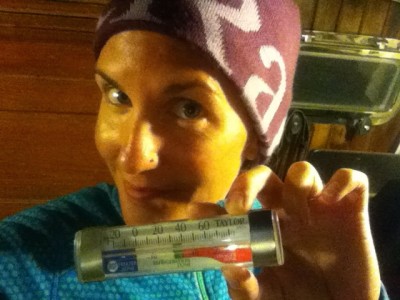 And…we are in the Refrigeration Zone!! (the picture is blurry, but we really are in the green zone there in the middle of the thermostat, I swear).