And from here on out, we walk (or run)

His eyes shoot open at 3am because his brain is wide awake speaking to him of all the projects that are yet unfinished. So his brain drives his body out of bed and into action. As I lay dreaming in our warm, cozy v-berth, Stephane works away on this project and that project, trying to keep quiet so as not to wake me.

Last night’s 3am project was wrapping the wheel. The other day we’d watched a YouTube video on how to wrap a steering wheel with cord and a simple rolling hitch. Stephane had bought the cord and I figured it would be one of those projects we’d do along the way as we traveled south.

Not the best “before” picture, but here’s what the wheel looked like prior to Stephane’s late-night knotting: 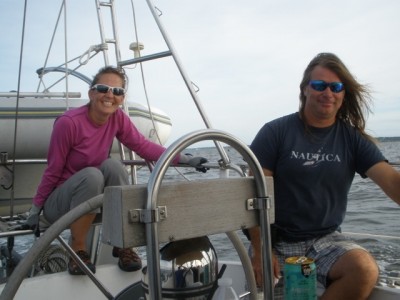 And after (note the new cockpit cushions we bought at Lowe’s! They are actually for lawn chairs but were a whole lot cheaper than paying to have something made custom): 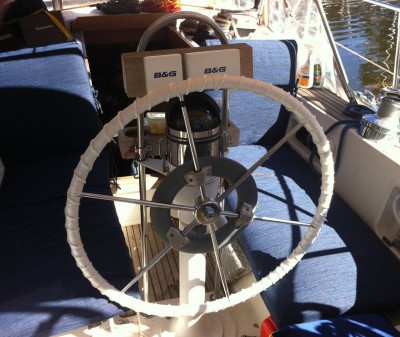 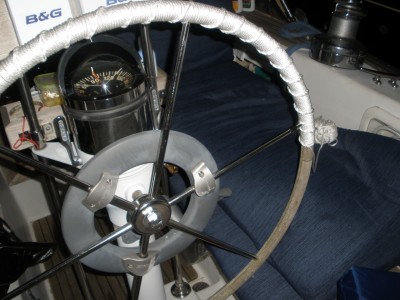 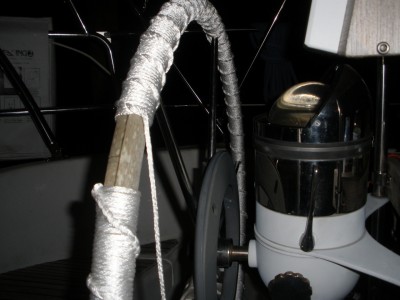 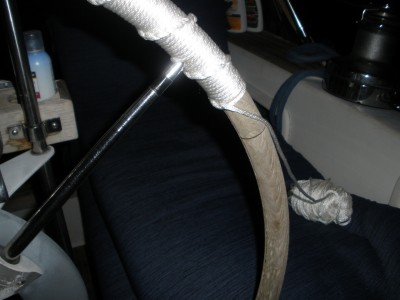 It’s pretty basic but the result is so lovely! You wrap the cord once around the wheel and tie a knot. Then repeat a LOT of times.